In the day's other Pool B match, Kenkre FC put an end to ARA FC's hopes of making it to the I-League with a 2-1 win over the team from Gujarat. 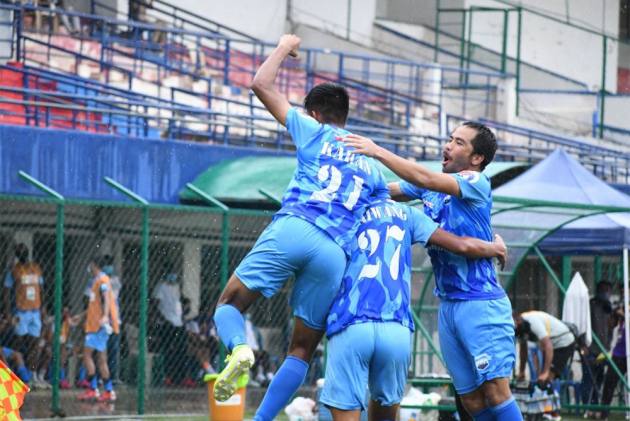 Delhi FC produced a late surge of goals to crush Corbett FC 5-1 in a Group B encounter of the Hero I-League Qualifiers 2021 in Bengaluru on Saturday. (More Football News)

With the pouring rain providing the setting at the Bangalore Football Stadium, Delhi FC adapted to the difficult playing conditions to assert their dominance over the club from Uttarakhand.

The side from the capital easily overcame a one-goal deficit to take all three points from the match. Corbett FC produced a gritty performance to contain Delhi FC for the first 45 minutes of the game but lost the plot in the later stages of the second half.

In the day's other Pool B match, Kenkre FC put an end to ARA FC's hopes of making it to the I-League with a 2-1 win over the team from Gujarat.

A goal by Azfar Noorani in the 14th minute and Yash Mhatre's strike in the 67th minute paved the way for Kenkre FC's second successive win.