The win took Kenkre FC to the top of Group B standings, which also has Delhi FC, ARA and Corbett. 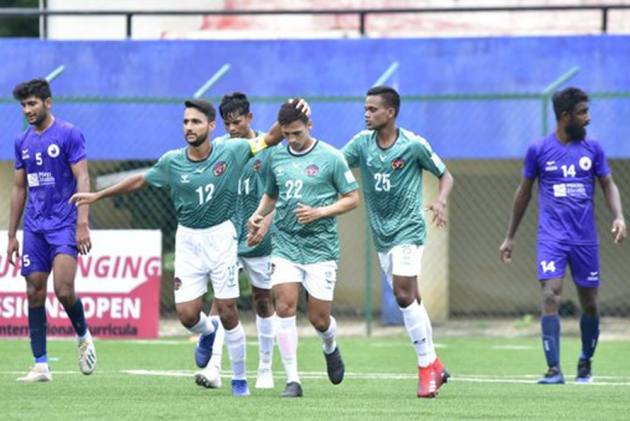 Kenkre FC staged a remarkable comeback to win their opening Group B match against Kerala United FC 2-1 in the I-League Qualifiers in Bengaluru on Tuesday. (More Football News)

Having conceded a goal early in the second half, Kenkre FC fought back through strikes from substitute Lester Fernandez (65') and striker Ranjeet Singh (72').

The win took Kenkre FC to the top of Group B standings.

The match started with both teams going through the motions in the first 10 minutes.

In the seventh minute, KUFC left back Munmum Lugun had the first sighting of goal as he took on a shot from distance that drew the first save of the game from Kenkre FC goalkeeper Tenzin Samdup.

Kenkre FC had their first crack at goal in the 12th minute, after winning a free-kick in a promising position 20 yards from goal.

Aravind Rajan stepped up to take the set piece for Kenkre, but the KUFC wall combined to block the direct free-kick.

By the 15th minute, KUFC midfielders Akhil P and Adersh Mattummal were dominating proceedings for the side from Kerala.

In the heart of the KUFC defence, Gabriel Lima remained a towering presence as he continued to diffuse opposition attacks and initiated passing moves from the back.

As both teams tried to play through the middle and keep the ball, both midfields were working hard to win the ball back for their respective teams time and again.

Overall, the first half remained a fairly scrappy affair, as both teams went back and forth.