With the draw, Gokulam Kerala FC find themselves with seven points after five matches while Real Kashmir are one behind with six points after four games 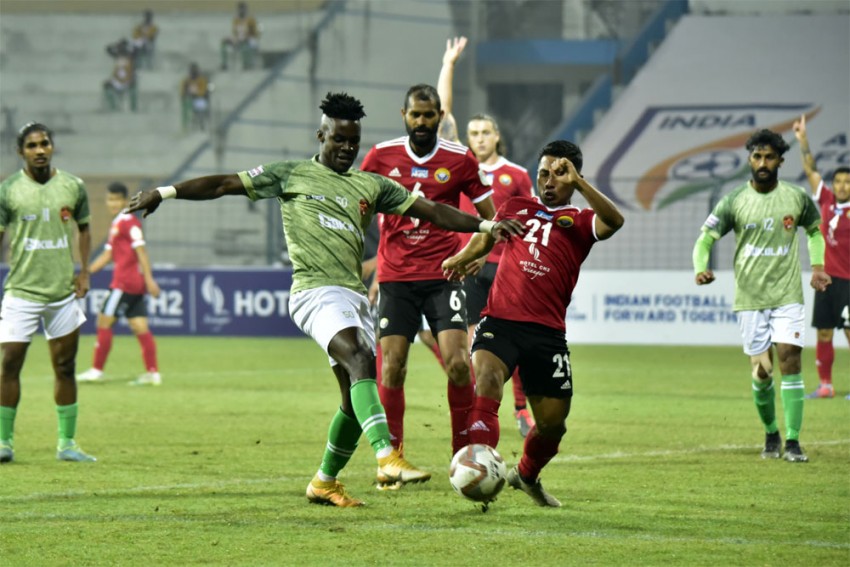 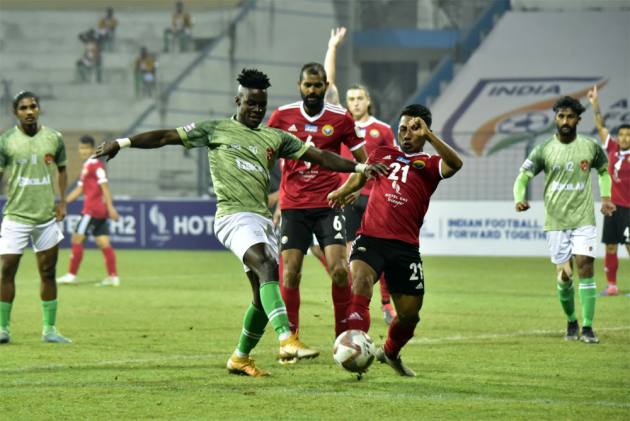 Real Kashmir FC and Gokulam Kerala showed the intent but could not make the most of their opportunities, settling for a goal-less draw in their I-League fixture in Kalyani, West Bengal on Saturday. (More Football News)

With the draw, Gokulam Kerala FC find themselves with seven points after five matches while Real Kashmir are one behind with six points after four games, having missed out on a chance to go second in the table.

Playing like a team with a point to prove, Gokulam Kerala FC brought the game to Real Kashmir FC in the opening minutes of the match.

Vincenzo Annese's men looked hungry to take the lead and committed bodies in attack. Although they were repelled by Real Kashmir's compact defence led by Mason Robertson, the attacking momentum gave them confidence as the match progressed.

Much against the run of play, however, in the 11th minute, Sena Ralte released a delicious cross for Lukman Adefemi, who was waiting to pounce inside the box. The cross earned minimal contact with the Nigerian's boot as it flashed in front of goal and went back into play across to the other flank.

In the 20th minute, Mayakannan's mistimed shot fell surprisingly to Philip Adjah inside the box. Despite Adjah being onside, the Ghanian forward failed to find the net with only the opposition goalkeeper to beat.

With Gokulam Kerala FC dominating possession and creating more chances, the Snow Leopards waited for their opportunities, sitting back and playing on the counter.

Real Kashmir striker Lukman Adefemi was mostly isolated up top, and whenever he was found by the midfield, the Malabarians' defence swarmed to rob the ball off him.

In the 38th minute, a quick turn by Adefemi meant that he could go all the way onto goal. As the lanky forward entered the box with only the goalkeeper to beat, he shot wide of goal as Gokulam survived a scare.

Real Kashmir were given a golden opportunity to go ahead nine minutes into the second half when Lukman Adefemi was found inside the box with a long ball. As the forward tried to open his body and release a curling shot, the Gokulam defence line swarmed him and ultimately blocked his effort.

Three minutes later, it was Gokulam's chance to attack. Emil Benny ran onto the right flank and released a curling cross for Philip Adjah inside the box. However, the Real Kashmir goalkeeper read the play and latched onto the cross.

It seemed like neither team could find the decisive pass in the final third. With both teams defending compactly and with bodies behind the ball, chances became rare.

Although Gokulam had more possession than Real Kashmir, the Malabarians could not create any clear goal-scoring opportunities.