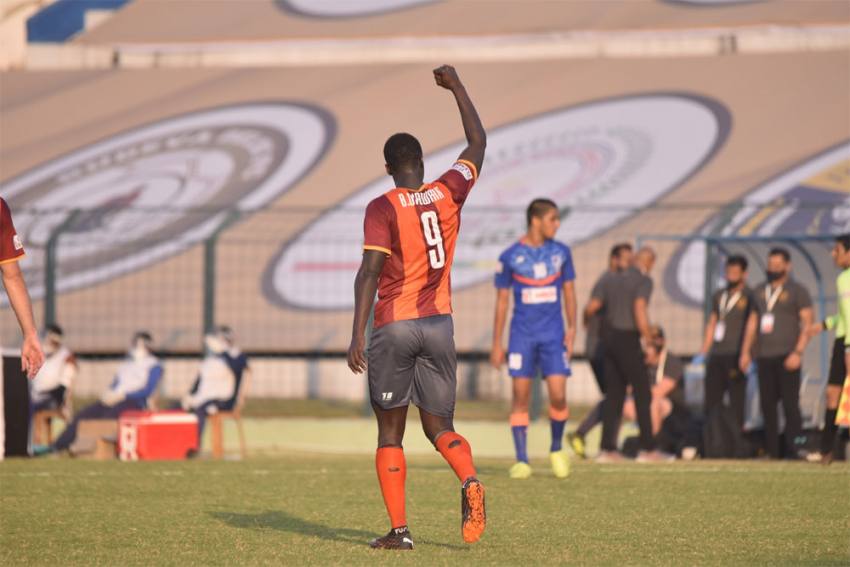 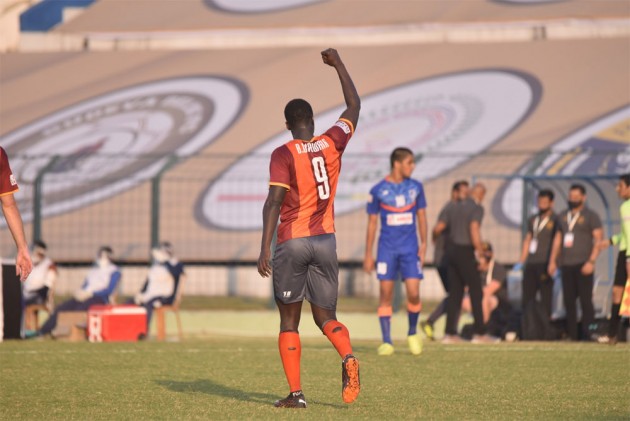 RoundGlass Punjab moved up to the second spot in the I-League standings after beating Indian Arrows 2-1 at the Kalyani Municipal Stadium in Kalyani on Tuesday. (More Football News)

A brace from Papa Babacar Diawara (35th and 56th) ensured Punjab FC all three points despite a late goal by Vellington Fernandes (87th).

Punjab FC, on the other hand, made two changes from their 2-0 victory over TRAU. Curtis Fleming brought in Samad Ali Mallick in defence while handing Papa Diawara his debut.

The AIFF's developmental side put up an equal fight in the midfield in the opening exchanges and as a result were able to hold Punjab FC far away from their goal. Curtis Fleming's side came close to breaking the deadlock in the 16th minute.

Bikash Yumnum's long throw was turned on to his own crossbar by Tankadhar Bag. With the keeper Ahaan Prakash off his line, Chencho Gyeltshen attempted an overhead kick but Tankadhar made up for his earlier error with a brilliant goal-line clearance.

Indian Arrows had a golden opportunity to open the scoring in the 29th minute. Vibin released Patre, who could not send his shot past Punjab keeper Kiran Kumar Limbu.

A minute later, Punjab FC replied back with an opportunity of their own, but Aahaan Prakash was alert and reached a lobbed pass through the centre before Papa Diawara could.

After opportunities came for both sides, the opener came in the 35th-minute as Diawara brought down Aphaoba Singh's cross before smashing it past Ahaan Prakash in the Arrows goal.

Punjab FC kept looking for a second goal towards the end of the first half. Chencho's dipping strike was palmed away brilliantly by Ahaan in the 44th minute.

Curtis Fleming's side continued attacking the Arrows goal after the restart. Papa Diawara almost doubled the lead in the 48th minute, but his volley bounced just wide of Ahaan's far post.

The Senegalese striker almost turned provider in the 52nd minute, but his cross across the area for Chencho was intercepted by Ahaan.

Punjab FC kept on knocking the Arrows defence and reaped rewards in the 56th minute. Joseba Beitia found Diawara, who powered his header from close range and doubled his side's lead.