With this win, TRAU go to the top of the I-League, level on 25 points with Churchill Brothers 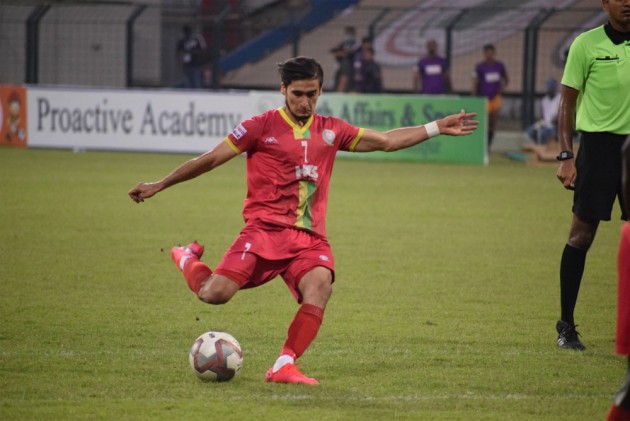 With this win, TRAU go to the top of the league, level on 25 points with Churchill Brothers.

Coming on the back of a 3-3 draw against Mohammedan Sporting, Punjab FC played like they had a point to prove, eager to throw their hat into the title race.

In the fifth minute, Chencho Gleytshen cut inside the box from the left flank but his shot went inches wide of the goal.

Unfazed, TRAU started playing on their own terms with Bidyshagar Singh and Tursunov combining well in the final third.

The best opportunity of the first session fell to Tursunov in the 25th minute when he found himself with just the goalkeeper to beat. But Komron’s shot lacked power and was easily saved by Kiran Limbu.

Suranjit Singh’s effort from a distance in the 33rd minute almost gave Punjab FC the lead but the shot rattled the post and came back into play.

TRAU had a couple of goal-scoring chances early in the second half but failed to make the most out of them.

In the 54th minute, Bidyashagar’s chipped pass found Joseph Olaleye in the box. But, his volley from in front of the goal went over the bar.

However, drama unfolded late into the match. In the 79th minute, Mohamed Irshad was shown a straight red card for his heavy challenge on Tursunov, who was clear on goal.

A free-kick was awarded right outside the penalty box and the Tajikistan international made no mistake to smash the ball home.