I-League: TRAU Rise To Fourth With 1-0 Win Over Indian Arrows

The win comes at a very important time for TRAU, who now have some breathing space in their quest for I-League survival. With 22 points from 17 matches, they are now at fourth in the table 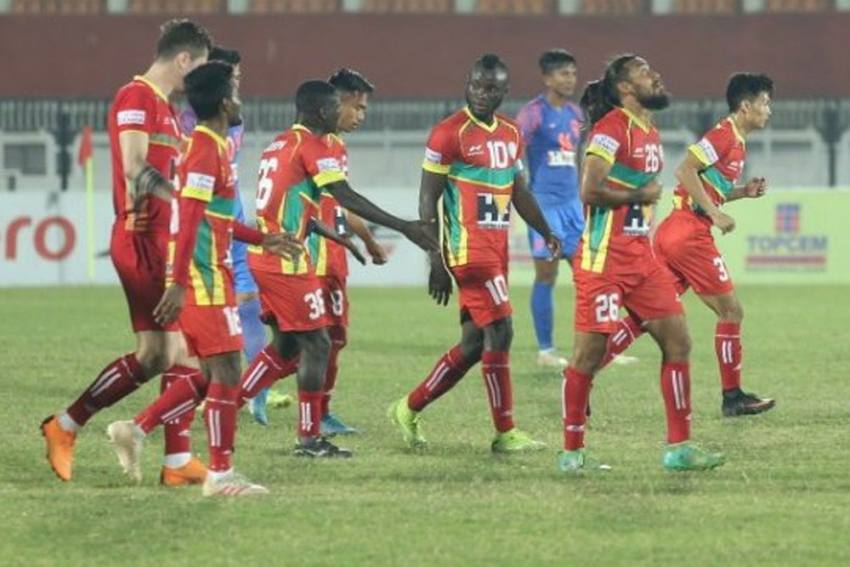 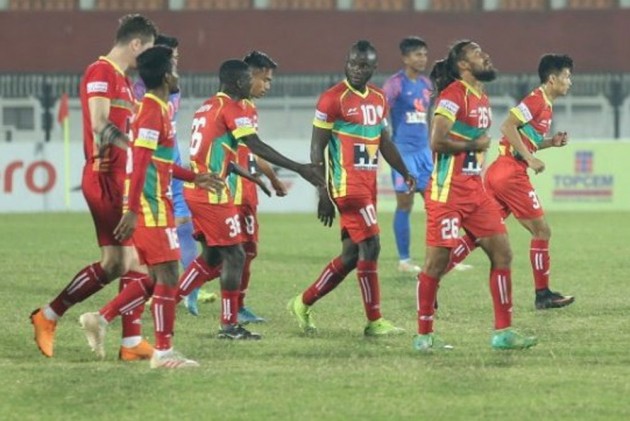 Deepak Devrani scored the all-important goal in the 89th minute to give TRAU the crucial three points.

The win comes at a very important time for TRAU, who now have some breathing space in their quest for I-League survival. With 22 points from 17 matches, they are now at fourth in the table.

In the TRAU line-up, Jedidi Haokip started in goal, marking his first appearance this season. Robinson Singh started in the four-man midfield, as did Loken Meitei, who started out wide.

The first half was a cagey affair with the majority of the game unfurling in the midfield. Either side struggled for penetration but towards the business end of the first half, the game went up a gear.

TRAU came close to scoring in the 37th minute through Joseph Mayowa's delicate cross, which crept over Samik Mitra in the Arrows goal and came off the inside of the woodwork.

Indian Arrows responded with a counter of their own five minutes later. The ball fell to Givson Singh, who made some space for himself with a couple of neat touches before firing across goal. His shot took a deflection which left Haokip scrambling across goal, but to his relief saw it go across for a corner.

The second half resumed with the same cautious approach from either side. Arrows gaffer Venkatesh introduced his leading goal-scorer Vikram Partap Singh around the hour mark, hoping for him to make a super-sub impact.

Vikram's introduction seemed to have given the visitors the sudden burst in pace going forward.

In the 77th minute, the Arrows were on the counter again as Nikhil Raj lobbed the ball into the path of Vikram, who ran the length of the TRAU half before driving a low-cross across goal. Nikhil, who had complemented Vikram's run, mistimed his shot as the cross went begging.

The Arrows had another shot at goal in the 85th minute. Vikram was at the epicentre again, playing a delightful through ball to the path of Harmanpreet Singh, but Haokip came off his line to deny him. The rebound fell to Nikhil Raj, but Haokip made another good save to deny on the follow-up.

TRAU introduced Romanian forward Petru Leuca, which may have sparked the shift in the tides.

In the 89th minute, the hosts pushed men forward. Tanmoy Ghosh made good work of the ball and having found some space, dinked one into the box which was headed clear by Akash Mishra.

The ball fell to Deepak Devrani, who went for the spectacular with a scissor kick and to everyone's disbelief, netted one of the best goals of this I-League season which proved to the match-winner for the Imphal outfit.

TRAU will now travel to Srinagar to challenge Real Kashmir FC on March 14, while Indian Arrows will face Gokulam Kerala at their backyard a day later.