‘I Need To Learn From MS Dhoni On How To Win A Toss’, Says IND-W Captain Mithali Raj

Mithali stated that the timing of the declaration of the second innings was a little bit tricky as the Australia women vs India women Test match ended in a draw. 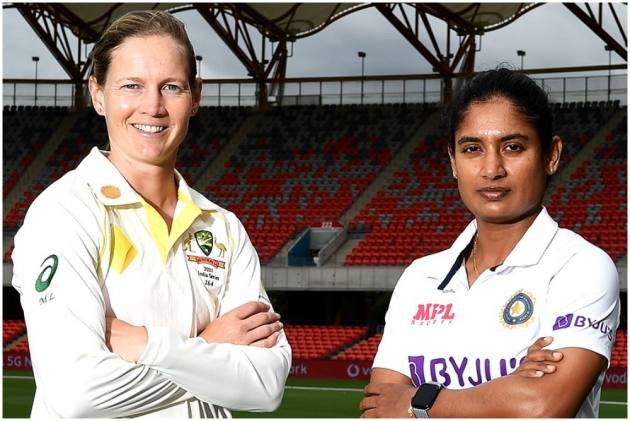 Indian captain Mithali Raj on Sunday said that it was a ‘tricky’ call as to when India would declare their second innings and try for an outside chance of victory against Australia in the drawn one-off historic Day-Night Test which ended on Sunday.

The visitors dominated the proceedings in a game were 80 plus overs were lost in the first two days due to rain accompanied by lightning. Many expected India to declare their second innings at tea but they did come out for a few more overs setting up an improbable victory target of 272 for the hosts in a quarter of session.

“It was a little tricky as to when we could declare. Getting eight wickets in 15 overs was a bit of a stretch,” Mithali said at the post-match media conference. Mithali termed this as the best Test match performance by India considering this was their first Day-Night Test and certainly better than their away win against England in 2014.

“Against the best sides, definitely yes. (Against) Australia this is the best game we’ve played. But in 2014, with eight debutants winning a Test in England against England, who had just won the Ashes. That was also very close. That was pretty great. The girls really put up a great show,” Mithali replied.

She also hailed opener Smriti Mandhana, who hit a ton in the first innings and said “Her hundred was fabulous.” With regard to her maiden experience of playing with the pink ball, Mithali said that she didn't find any exaggerated movement.

“I was expecting movement but it did not happen. But in the later half there was a bit...For a first experience of a pink ball Test, I thoroughly enjoyed being on the ground,” she added. About her playing future, Mithali, who is also the ODI captain, said “Well...My goal is the World Cup. Let’s come to that once I finish playing the World Cup.”

The 50-overs World Cup is scheduled to be held in New Zealand next year. On the history of her losing tosses, Mitahli said, “I didn’t want that to become a legacy. The way the girls have been pulling my leg for that! So I thought I should change. I need to learn from (MS) Dhoni on how to win a toss.”

About having more time for preparation with the pink ball ahead of the Test, she said, “It would have been nice if we had a couple of days more with the pink ball. But the response after one session, they understand how to fit into a format given the leagues and exposure they have,” the Indian captain said.

About Pooja Vastrakar, who impressed in the match with her bowling, picking up three wickets in the Aussie first innings and one in the second, Mithali said “When I saw Pooja Vastrakar in the domestic matches, she was a good batter. We wanted someone who can bowl and give us a few overs as a seamer, going into the WC. She fitted that role.”

“It was important for us to give her confidence and game time for her to fit that role. England, she just made a comeback after two years in the ODI series. She's done well. she has even batted well in one of the games in the one-dayers,” the skipper added.