Wahab Riaz, who turns 35 this month, said he had not been selected in Pakistan's Test team since October, 2018 and that was the trigger behind his decision to quit the format last year 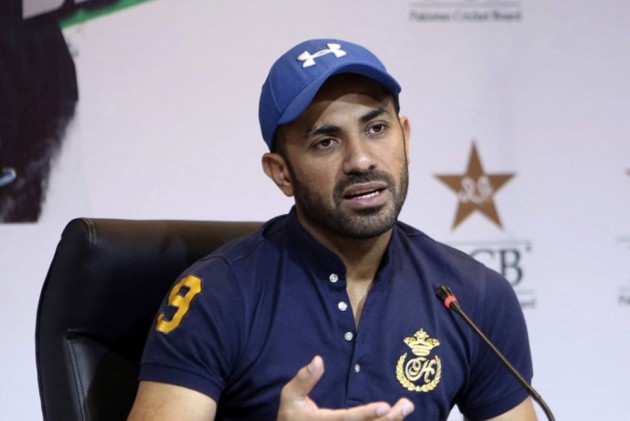 Wahab who turns 35 this month, said he had not been selected in Pakistan's Test team since October, 2018 and that was the trigger behind his decision to quit the format last year.

"I played a Test in October, 2017 and then got another chance after exactly one year against Australia also in October on a flat pitch and was then dropped again for more than a year," he recalled in an interview.

"If I can't play, it is not for me. So I was focussing on white ball cricket and felt it would be best if I focussed on T20s and ODIs," said Wahab, who has a combined total of 228 wickets from 27 Tests, 89 ODIs and 31 T20 Internationals.

The Pakistan Cricket Board (PCB) dropped Wahab, who made his Test debut in 2010 in England as well as fellow left-arm pacer Muhammad Aamir from their new central contracts list which starts next month.

The general perception is that both the pacers were punished apparently for deciding to leave Test cricket when Pakistan needed them.

Wahab, who plays in most of the T20 leagues around the world, however, said playing for Pakistan was far more important for him than getting a central contract.

"I am fit and bowling well and I want to represent Pakistan in white ball cricket so my aim is to play for my country. Not getting a central contract is up to the cricket board," he said.

Wahab, who attained fame after his five wickets in the 2011 World Cup semi-final against India at Mohali and then his blistering spell to Australian Shane Watson in the 2015 World Cup quarter-final, said he would continue to play cricket as long as he felt he can contribute.

"I like to be in the thick of action and do things for my team. If I can help my team win that is the most important thing for me, nothing else," he said.

Wahab said bowling on the flat tracks in UAE had helped him become a better bowler.