During one of his visits to India, Diego Maradona in 2012 refused to cut a football-shaped cake, and the incident left a lasting impression to many 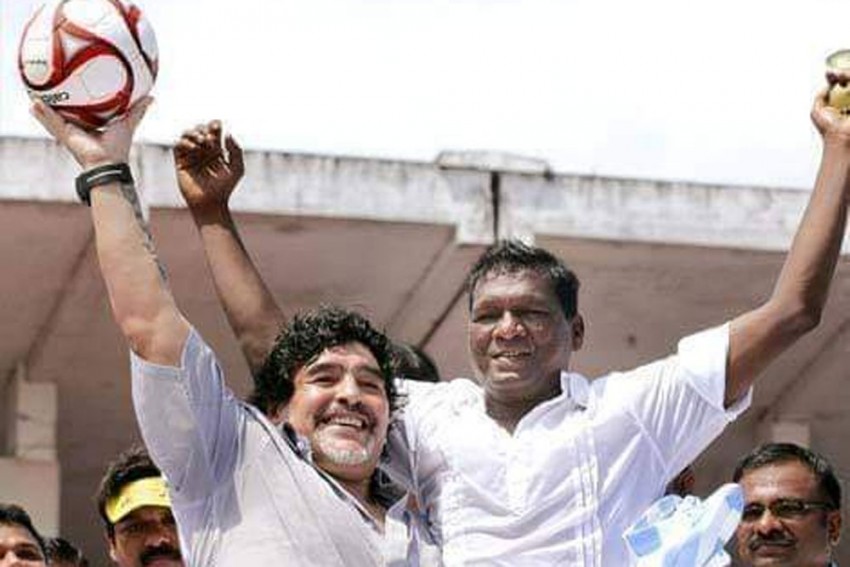 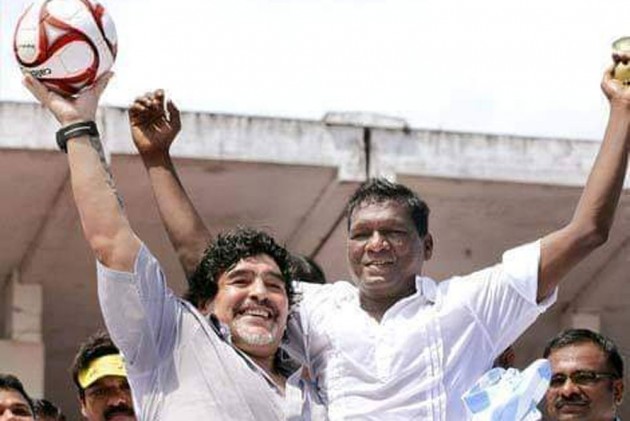 Diego Maradona's love affair with a football has no parallels. If Gary Lineker, an English great in his own right, felt the bond between the two, India's IM Vijayan saw it, standing right next to the Argentine icon. (More Football News)

One and a half decades of international football, with plenty of success, almost paled in comparison to the few minutes Vijayan got to spend with Maradona.

That is Diego Maradona, that is his impact, said the scorer of one of the fastest goals in competitive football.

The former India captain had the opportunity to meet, play ball and hug one of the world's greatest sporting stars during a private event in Kerala a few years ago.

"In 2012 in Kannur, I saw first-hand what football meant to Maradona. As part of festivities, a cake was designed like a ground with a football on top of it. The moment Maradona saw it, he refused to cut it," the 51-year-old Vijayan told PTI recalling the incident.

Vijayan, one of India's greats in the world sport, said that the incident "told me" how much the football and the ground meant to Maradona who died on Wednesday following a cardiac arrest. He was 60.

"He agreed to cut only the outer part of the cake. I can say that playing two minutes of football with him on the stage remains one of my biggest achievements in life," he added.

Vijayan also felt Maradona's outspokenness and childlike enthusiasm may have been the reasons behind the many problems he encountered in his blessed yet troubled life.

"I always felt he had the heart of a child. And his forthright approach may have created all the problems for him.

"He is open about things and say them as they are, on the face," Vijayan said.

His death resonated beyond football with sporting icons such as Mike Tyson and Magic Johnson paying rich tributes and recalling their encounters with the football wizard.

"He may have died but in the hearts of us footballers, he will live on forever. To me, Maradona is God, and God doesn't die," said Vijayan.

"Like so many other footballers across the world and India, I too started playing football after watching him play in the 1986 World Cup and lift the trophy, almost singlehandedly, with his dazzling game," he recalled.

Vijayan agreed with Lineker's description of Maradona's romance with football -- the former English striker has played against the Argentine in his heydays, including the 1986 World Cup.

"He has such an incredible passion for the game. I have never seen anyone have such a beautiful affection with a football. Diego is incredible," Lineker said in a heartfelt tribute, which has gone viral online.