'I Would Get Beaten Up A Lot': Vijender Singh 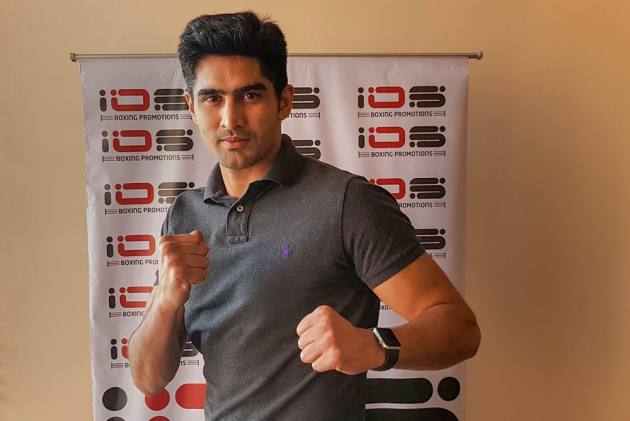 Despite this, he did not have an easy start to his professional career by any means. "It was very difficult. I left my staff, my coaches and my home to a foreign country where everything was new to me," Vijender says on Sony Ten's 'The Medal of Glory' which will air on the network's Facebook page on Wednesday.

Vijender was based in Manchester in the beginning of his professional career and he said that it took time for him to get used to the climate and language. "My first two or three months there were quite difficult. I was staying in Manchester and it was quite cold there. I would get beaten up a lot which is what happens in professional boxing. It is quite tough. There would be blood everywhere and then when I came home I didn't have my family with me so I would have to cook my own food," he says.

"I would always think that tomorrow will be better. I kept saying that to myself and eventually I reached this stage where I have won 12 fights. I would keep telling myself that what I am doing is not just for me but also for my generation who look at me as an inspiration.

"The beginning is always difficult but things changed after I won my first bout. A lot of big celebrities spoke about it. I feel happy that I did something good for the young generation."

Vijender won his first professional bout in October 2015 and he has since maintained a 12-0 record in his career. Eight of these wins came via knockout.

He was scheduled to fight his 13th bout in the US this month but that won't happen because of the coronavirus pandemic. He says that for now, he is enjoying the time he is getting to spend with his family at home.

"I wake up late because I love my sleep. Spend a lot of time with my family. I train in the evenings. There was to be a fight in May in US. But that won't happen because of coronavirus," he says.