Ibrahimovic On Sweden Recall: I Am Not In The Squad Just Because My Name Is Zlatan 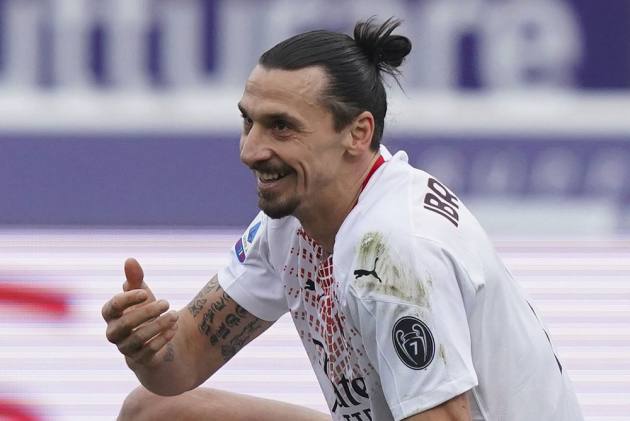 Zlatan Ibrahimovic insists he is deserving of his place in the Sweden squad, even if he is no longer the same player he was when last representing his national side in 2016. (More Football News)

The Milan striker was recalled by Janne Andersson for this month's World Cup qualifiers against Kosovo and Georgia, plus the friendly with Estonia, paving the way for him to potentially play at Euro 2020.

He celebrated his first call-up in nearly five years by posting a picture on Twitter of himself in a Sweden shirt with the caption: "The return of the God."

Ibrahimovic, who turns 40 in October, is Sweden's all-time leading scorer with 62 international goals, the last of those coming against Denmark in November 2015.

And having also impressed in Serie A this term with 14 goals in as many matches, the ex-Manchester United and Paris Saint-Germain striker believes he can still make an impact.

"I don't want to be considered and called up for what I did before, but for what I can give now," he told the Swedish Football Association's official YouTube channel.

"But I keep a very high level. You don't have to worry. I'm not on the squad list because my name is Zlatan and I'm Ibrahimovic.

"It's because of what I add to the squad and what I have achieved. I think I deserve it."

Andersson previously ruled out a recall for Ibrahimovic, but his stance changed following a "great conversation" with the 116-cap ace in November.

Asked about those discussions with Andersson, Ibrahimovic said: "It was very positive. We examined everything and drew a line on everything that is the past.

"We spoke with respect among ourselves. We were able to talk to each other.

"I recognise that mentality in myself. When you're a footballer at a certain level and you've the chance to represent your country it's the greatest joy there is to be able to do so.

"It is with pride and honour that I will wear the national team jersey."

Ibrahimovic returned to Italian football in December 2019 after a two-season spell in MLS with LA Galaxy and has scored 27 goals in 41 games in all competitions.

Twenty-four of those goals have come in 32 Serie A appearances since returning to San Siro, a tally bettered only by Romelu Lukaku (30 goals in 45 games), Ciro Immobile (31 goals in 44 games) and Cristiano Ronaldo (44 goals in 42 games).

Sweden's players are due to gather on Monday ahead of their home qualifier against Georgia on March 25.