Steve Richardson was staying on the ninth floor of the hotel in Colombo, one of the six locations where bombs went off in a series of blasts, killing and injuring hundreds of people across Sri Lanka 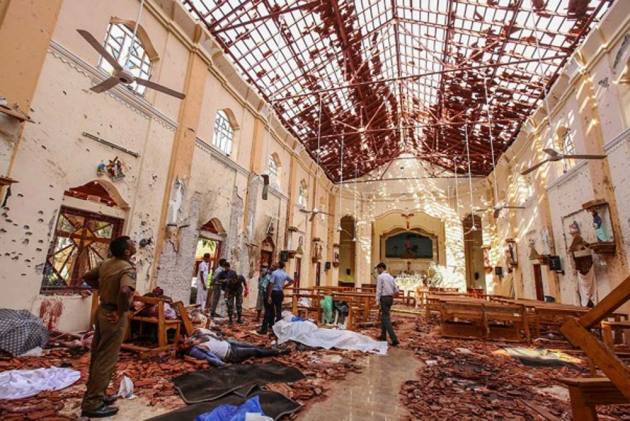 On this day last year, ICC Anti-Corruption council officer Steve Richardson chose to eat breakfast in the executive lounge on the ninth floor of Cinnamon Grand instead of heading down to restaurant, a decision that saved him from the Easter Bombings in Sri Lanka. (More Cricket News)

Richardson, who was in the country along with his colleagues to investigate corruption charges against Sri Lanka Cricket (SLC), was staying on the ninth floor of the hotel in Colombo, one of the six locations where bombs went off in a series of blasts, killing and injuring hundreds of people across the country.

"We were in Sri Lanka doing follow-up inquiries on a long-running investigation into Sri Lanka cricket," Richardson was quoted as saying by stuff.co.nz

"We sat down for breakfast and I said, 'Oh blimey, here we go again. Another hotel breakfast'. It does get a bit same when you have stayed in the same place for weeks, so we talked about going to the breakfast room downstairs. I decided not to because it could get very busy, with long queues."

Little did Richardson know that a suicide bomber was standing in at the Taprobane restaurant in the basement, ready to activate a blast.

"I got up to get some food and was walking back to the table when there was a massive explosion. It shook the building. A mushroom cloud came up."

"The explosion was right below us and I looked out the window and I could see the swimming pool attendant was getting up holding his ears."

What followed was chaos and Richardson just hoped the building was strong enough to withstand the explosion.

"Another woman was getting up and ran off to pick up her handbag. She had been blown off her feet."

"One thing we were concerned about was that the explosion was so big it might bring the building down. You hope the building will stay structurally safe, but my mind went back to 9/11."

He recalled how the people injured were being sent to hospitals in rickshaws and cars and whatever transport was available at that point of time.

"They then opened the rear entrance to the hotel and the staff were flagging down tuk-tuks and cars to take away the injured. I saw just one ambulance. People were carried into tuk-tuks and the cars. Some were unconscious or dead."

Richardson reached out to his office in Dubai, skimming through social media to find out what was happening.

"About 10 minutes later I messaged my office in Dubai. They started monitoring the news and quickly told us there were incidents at churches in Colombo.

"I saw on social media there had been an explosion at the Shangri-La Hotel, which is where the England team stay on tours to Sri Lanka. It was obvious it was coordinated terrorist attacks."

Richardson and his colleagues were evacuated and the group left for the airport before a curfew was imposed.

"We went back to our rooms, grabbed our passports and phones. After about 20 minutes we were evacuated."

"There was a curfew implemented at 4pm. We left the hotel before the curfew and got to the airport. They were not allowing anybody in the terminal. It was chaos."

"It was quite an incredible experience. A little bit close, but we were among the lucky ones to have got out.

"The police training helped only in as much as we knew not to panic. Don't become part of the problem; follow the instructions of the staff."