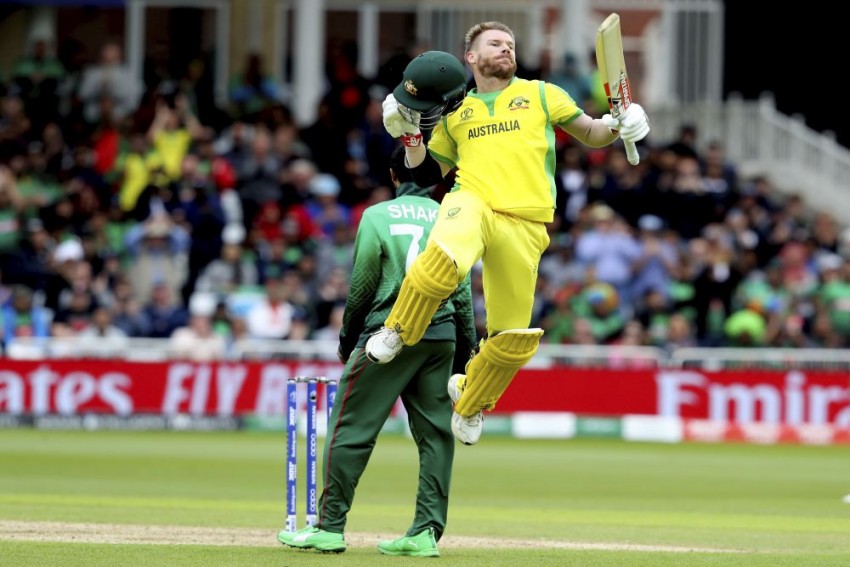 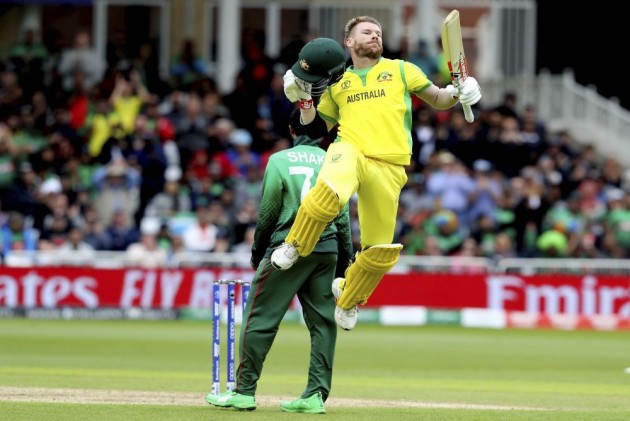 After Aaron Finch opted to bat first, Warner and the Australia captain got off to a sedate start, stitching a fifty-run opening stand in the first Powerplay. Both continued to pile on the runs and brought up their respective half-centuries.

Finch, who had hit a century against Sri Lanka, eventually fell for 53 but Warner went past the three-figure mark for the second time in this tournament as Australia scored 381/6. In reply, Bangladesh were restricted to 333/8 in their 50 overs.

Warner’s 166 off 147 bettered the previous joint-best knocks of this tournament of 153 - posted by Finch and England's Jason Roy.

The first Australian to hit multiple centuries at a World Cup since Matthew Hayden in 2007, Warner is now equal with Adam Gilchrist on 16 ODI centuries.

After being banned from playing international cricket for 12 months for his role in the pre-meditated plan to tamper with the ball during the Cape Town Test against South Africa last year, Warner enjoyed a dream return as he led Australia to a comfortable win over Afghanistan in their tournament opener. Facing a modest target after Afghanistan had been restricted to 207, Warner’s 89 off 114 balls helped the defending champions seal the deal by seven wickets.

While he couldn’t make an impact against West Indies and Sri Lanka, the 32-year-old hit a half-century against India before scoring a century against Pakistan at Taunton.

Warner's highest score in ODIs is 179 he made against Pakistan at the Adelaide Oval in 2017.