Sixth in the standings, Sri Lanka face England in their upcoming ICC Cricket World Cup 2019 fixture, in Headingley Cricket Ground, on June 21. The hosts are currently second in the standings. 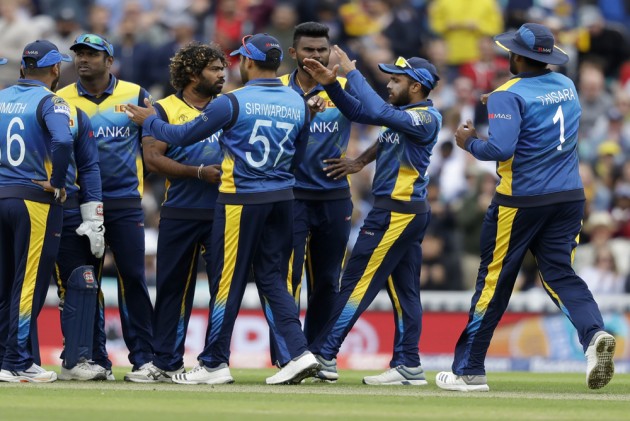 Still recovering from their 87-run drubbing against Australia, former champions Sri Lanka will now face a tough battle for survival when they lock horns with a dominant England in their ICC Cricket World Cup 2019 fixture on June 21.

With just one win, Sri Lanka are currently at the sixth spot with four points and will have to win rest of their four matches to salvage hopes of a semifinal berth.

The 1996 champions had lost their opening match against New Zealand and then rain robbed them off a chance to fight when two of their games were washed out.

Last week, Sri Lanka suffered an 87-run loss against Australia at London and it will take a special performance for the Island nation to keep themselves afloat for the knockout stage when they come across hosts England, who have looked simply unstoppable.

England are placed comfortably at the second spot with four wins from five games, the only blemish being their loss to Pakistan.

Eoin Morgan and his men have emerged as the best batting side this World Cup as they have blown away their opponents, amassing 300 plus scores in four of the five games – two of them being 386/6 against Bangladesh and 397/6 against Afghanistan.

In fact, five English batsmen are among the 10 highest-scoring batsmen this World Cup and the team boasts of five hundreds out of the 12 World Cup centuries so far.

Though England missed the services of opener Jason Roy due to an injury, Morgan's brutal 148 which was studded with a record 17 sixes helped them put 397-6 against Afghanistan, with Joe Root playing the second fiddle.

To stop this brute force called England, Sri Lanka will have to play out of their skins with the onus resting on the pace duo of Lasith Malinga and Nuwan Pradeep.

In batting, Sri Lanka too have to address their vulnerability in the middle order which saw them collapse in every match so far.

While against New Zealand, Sri Lanka lost five wickets for 14 runs to be bundled out for 136, they were dismissed for 201 in 36.5 overs by Afghanistan after losing seven wickets for 36 runs.

In their last match against Australia, Sri Lanka slipped from 205 for 3 to be all out for 247 and the Dimuth Karunaratne-led side will have to come up with an extraordinary batting effort to counter the likes of Jofra Archer and Mark Wood, who have 12 and 9 wickets so far respectively.