Once hailed as India's answer to the number 4 conundrum by Virat Kohli himself, Ambati Rayudu announced his retirement after a series of snubs 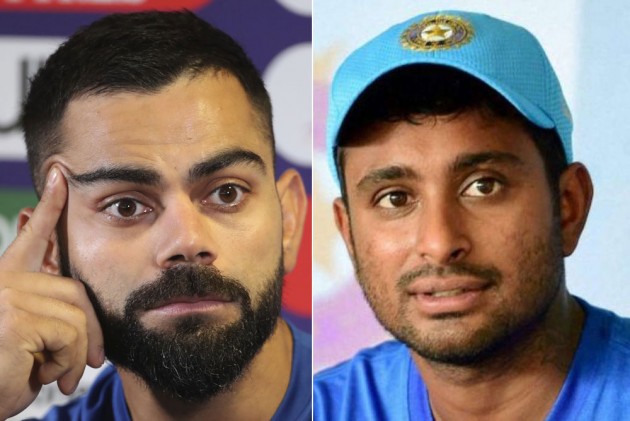 India captain Virat Kohli described Ambati Rayudu as "a top man" after the middle-order batsman, who was ignored for the ongoing ICC Cricket World Cup, retired from all forms of cricket. But Indian cricket fans were not impressed with the skipper's message.

Declared as the preferred No.4 batsman by Kohli himself not many months ago, Rayudu was ignored for Vijay Shankar in India's final squad for the big event. Then Rayudu was snubbed twice, with Rishabh Pant replacing Shikhar Dhawan, then Mayank Agarwal coming is as Shankar's replacement.

Ironically, the 33-year-old Andhra Pradesh batsman was in India's official standbys list for the World Cup. And Rayudu Wednesday retired from all forms of cricket without specifying his reasons for calling it quits.

Reacting to the news, Kohli wrote on his official Twitter handle: "Wish you the best going forward Ambati. You're a top."

Wish you the best going forward Ambati. You're a top man ðÂÂÂÂÂÂðÂÂÂÂÂÂðÂÂÂÂÂÂ@RayuduAmbati

But fans took the opportunity to lambast Kohli:

Then y did u select Mayank Agarwal over him??

Rayudu played 55 ODIs for India, scoring 1694 runs at an average of 47.05. The player, who could never break into the Test team, was in the spotlight before the World Cup.

Chairman of selectors MSK Prasad had justified the move by saying that Shankar had "three-dimensional skills". Shankar couldn't make much of an impact and was eventually forced out by a toe injury.

Rayudu had taken a dig at Prasad's statement with a cheeky social media post.

"Just Ordered a new set of 3d glasses to watch the world cup," he had tweeted at the time.