In the second over of the ICC Cricket World Cup 2019 warm-up match between India and New Zealand, Jasprit Bumrah produced an unplayable yorker to trap Colin Munro, showing the pacer's ability to talk with the ball 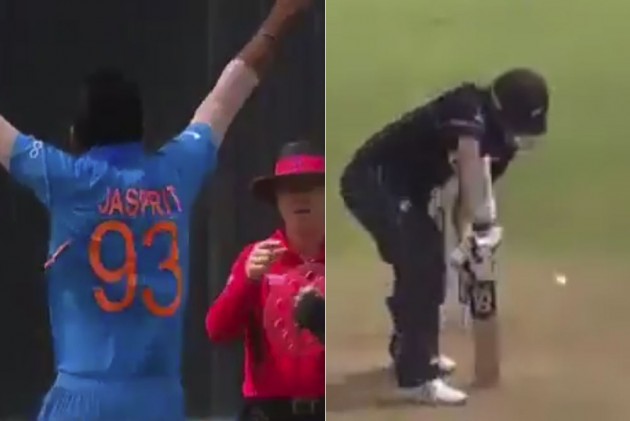 Jasprit Bumrah's spell and Ravindra Jadeja's defiant knock were the only bright spots in India's six-wicket loss to New Zealand in their first warm-up match of the ICC Cricket World Cup 2019 at The Oval, London on Saturday.

Indian batting line-up's soft underbelly lay exposed in slightly favourable bowling conditions as New Zealand gave a rude wake-up call. Not much should be read into the match, in which MS Dhoni was seen fielding at the deep and a misfield 'evoked' a wry smile from skipper Virat Kohli. But the India camp should do some serious analysis before it becomes a habit.

Then, there was Bumrah. The 25-year-old was at brilliant, if not at his best. He produced figures of 4-2-2-1. And what a delivery it was to get the wicket of Colin Munro! The Kiwi opener didn't even get the chance to bring his bat down. That delivery pretty much sums up Bumrah's dream spell.

But he was overshadowed by Trent Boult. Under overcast conditions, Boult's (4/33 in 6.2 overs) incisive swing bowling was a test of technique for the Indian top-order batsmen and the second-ranked side never recovered from an early collapse, being bowled out for 179 in 39.2 overs.

A sub-200 total meant that New Zealand needed to play without taking risks and experienced pair of Kane Williamson and Ross Taylor led the way.

India will play another warm-up match, against Bangladesh on Tuesday, before taking on South Africa in their tournament opener on June 5.