ICC Cricket World Cup 2019 Prize Money: How Much Will India Get For Reaching Semi-Finals

India lost to New Zealand by 18 runs in the first semi-final of the ICC Cricket World Cup 2019 at Old Trafford, Manchester on Tuesday 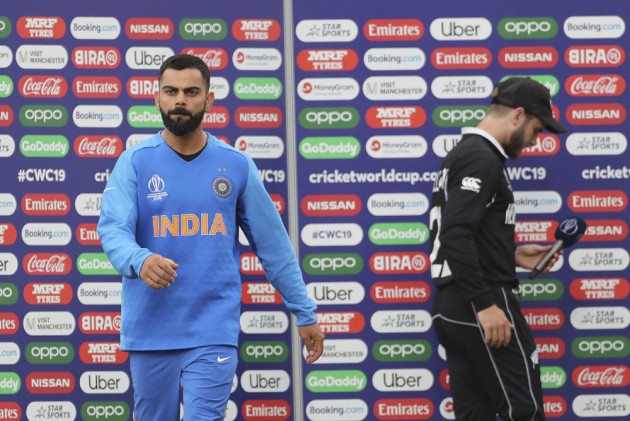 India's ICC Cricket World Cup 2019 campaign ended on a sad note, losing to New Zealand in a rain-affected semi-final at Old Trafford, Manchester on Tuesday, thus losing out on the chance to lift the glittering trophy and whopping prize money of USD 4,000,000 as winners.

So, how much Virat Kohli & Co will get?

The International Cricket Council (ICC) declared a total prize money pool of USD 10 million for the tournament, with the winners of the 10-team tournament earning a purse of USD 4 million, the highest prize money to date, along with the trophy at Lord's on Sunday.

Also Read: We Failed To Deliver When It Mattered Most, Says Rohit

The runners-up will get a prize money of USD 2 million and the losing semi-finalists USD 800,000 each at the end of the 46-day tournament.

And there are prizes for each league match won.

India won seven matches in 10 possible fixtures, with the group match against New Zealand getting washed out. India lost the hosts and finalists England.

Here's how the prize money is distributed:

Besides the USD 800,000, India will also get USD 280,000 for the wins against South Africa, Australia, Pakistan, Afghanistan, West Indies, Bangladesh and Sri Lanka.

Team India will leave England for home on Sunday.

"All players have dispersed. They will assemble in London tomorrow. On 14th everyone is returning together from London. They will arrive in Mumbai," a BCCI source told PTI.

Earlier, there was speculation that some Indian players will take a break after a grueling seven weeks on the road during the World Cup.