Some big hitting from in-form Rohit Sharma could be on show as India play Afghanistan and New Zealand face West Indies on Saturday at the 2019 Cricket World Cup. 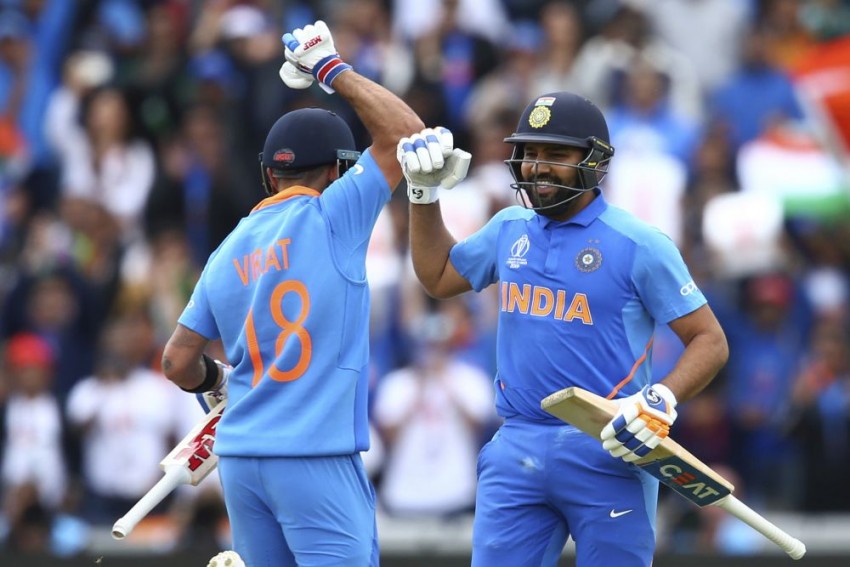 Rohit Sharma is in outstanding form at this Cricket World Cup so far, making 140, 57 and 122 not out. Virat Kohli, on the other hand, has hit two successive half-centuries.
AP
Omnisport June 21, 2019 00:00 IST ICC Cricket World Cup 2019: Rohit Sharma Primed To Make Hay Against Miserable Afghanistan 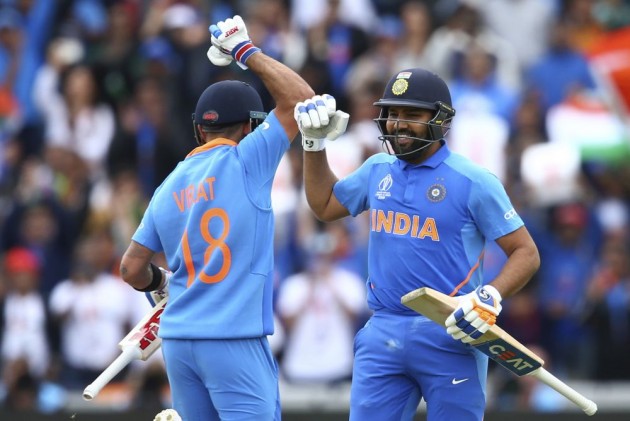 Rohit Sharma and Virat Kohli will both hope to capitalise on generous opponents when India take on Afghanistan at the 2019 Cricket World Cup on Saturday. Afghanistan conceded 397-6 – the biggest total of the tournament so far – last time out against England, and India certainly have the batsmen to post another massive score. (POINTS TABLE | FULL SCHEDULE)

Rohit is in outstanding form at this World Cup so far, making 140, 57 and 122 not out. He now averages 72 across his 11 World Cup innings, the best record of any India player to have contributed more than two knocks.

Kohli will also hope to take advantage of facing the World Cup's basement side as he is just 96 runs short of India's third-highest scorer in the tournament's history, Rahul Dravid (860). No batsman in the world has scored more ODI runs than Kohli's 4,189 since the start of 2016.

India have won 14 of their past 15 World Cup matches and will look to further improve that record, although Afghanistan's ability with the bat has gone under the radar in their defeats.

A total of 247-8 against England at Old Trafford was the team's highest at a World Cup, while they have had 10 different players hit a six in this tournament.

India are one of just two teams to remain unbeaten so far and New Zealand are the other, a record they will look to protect against West Indies.

The Black Caps are in top form, winning eight of their past nine completed ODIs, and Kane Williamson can aim to build on his first World Cup century – an unbeaten 106 – against South Africa.

Williamson has only been dismissed once at this World Cup and has made half-centuries in nine of his past 10 ODI knocks in England and Wales.

Chris Gayle is likely to be the danger man with the bat for the Windies and, as always, expect his runs to come from some big hitting.

Gayle has 15 fours and four maximums, meaning 79 per cent of his runs at this tournament have come from boundaries.

He will need to impress if the Windies are to end a miserable run against New Zealand, who have triumphed in the sides' past three World Cup meetings.

ICC Cricket World Cup 2019: KL Rahul Is Going To Be One Of The Top Run-Scorers Of Tournament - Brian Lara