Ireland's Campher became only the third bowler in the world to take four wickets in four balls in men's T20 internationals. He is also the second bowler after Brett Lee to grab a T20 World Cup hattrick. 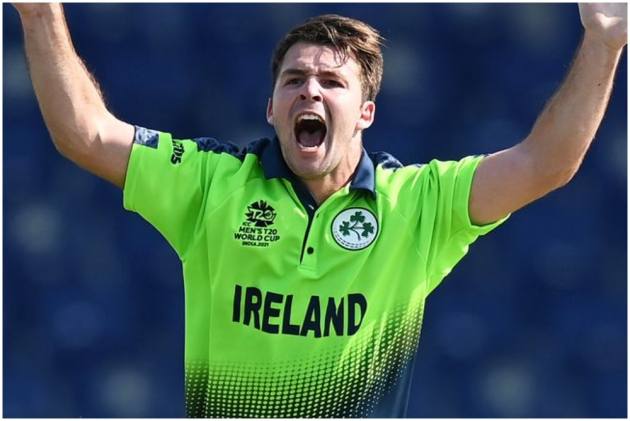 The Irish pacer dismissed Colin Ackermann, Ryan ten Doeschate and Scott Edwards for a hattrick and then bowled Roelof van der Merwe in the 10th over of the Netherlands innings to rattle the Dutch in their ICC Men’s T20 World Cup first round encounter in Abu Dhabi.

Former Australian pacer Brett Lee is the only other bowler to have claimed a T20 World Cup hattrick before Campher. Lee achieved the same against Bangladesh at Cape Town in 2007. Campher needed two assistance from the Decision Review System (DRS). The first wicket was a caught behind down the leg side, that was given not out and overturned.

The third wicket, for the hattrick, was also adjudged not out on the field and was reviewed to find Edwards was plumb Leg before wicket. There was no doubt over the fourth as van der Merwe chopped on one to the stumps. The Netherlands finished on 106 all out in 20 overs.