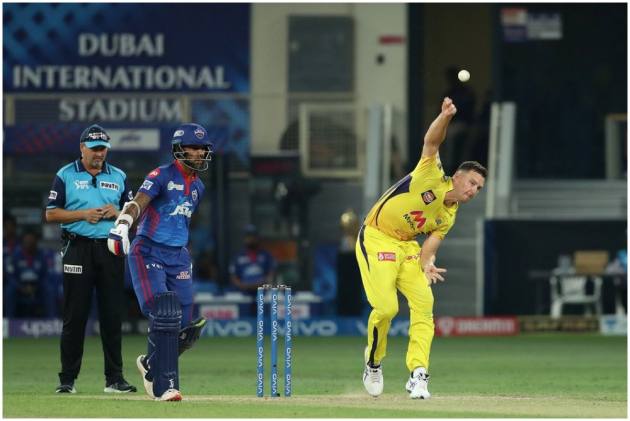 Australian pacer Josh Hazlewood said getting sufficient game time in the just-concluded IPL 2021 in the UAE was ‘perfect’ preparation for the ICC Men’s T20 World Cup and could stand him in good stead in the showpiece. (More Cricket News)

The 30-year-old returned to the IPL even as pace colleagues Pat Cummins, Mitchell Starc and Kane Richardson opted out of the second leg of the lucrative league and remained at home.

“That was my thinking going in,” Hazlewood, who played for Chennai Super Kings in the IPL, was quoted as saying by Australian media. “Conditions, the elements here - it's quite hot - and just getting a run of games of T20 cricket leading into the World Cup. It's been perfect.”

Having been part of CSK’s triumphant campaign, he has now linked up with the national squad in Abu Dhabi.

Hazelwood, who has a fair knowledge of the conditions and slow nature of the pitches in the UAE, has played more T20 games in the past six months than he had in the previous six years, thanks partly to leagues such as the IPL.

“I feel pretty confident in my role now,” he said. “It’s pretty similar role whether it’s for Chennai or Australia – a couple (of overs) up front and then a couple at the end. So (I’m) feeling more confident with every situation I’m in.

“You can never dominate T20 cricket as a bowler, I don’t think. There’s just so many different elements. But I'm feeling good about my game.” He played nine games in the second half of the IPL and was one of CSK’s major wicket-takers.

Having missed matches for Delhi Capitals in the IPL’s second leg owing to a calf injury, all-rounder Marcus Stoinis is back bowling in the nets and could feature in the team's World Cup opener against South Africa in Abu Dhabi on Saturday.