From fixtures to squads to venues, here's everything you need to know about ICC Men's T20 World Cup 2021. 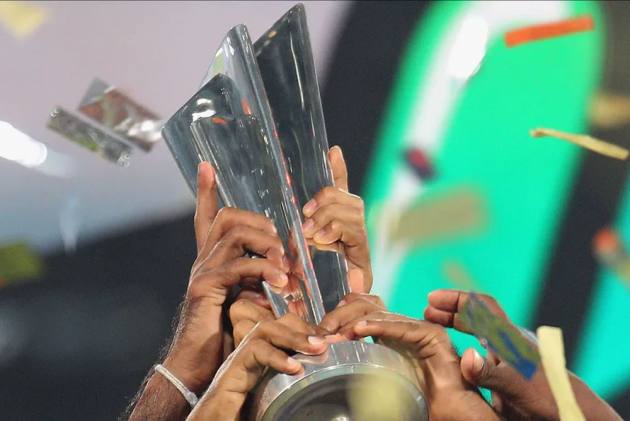 The seventh edition of ICC Men's T20 World Cup starts with an Oman vs Papua New Guinea, Group B fixture in the qualifying round in Al Amerat, Oman on October 17 (Sunday), 2021. (More Cricket News)

A total of 16 teams are competing in the tournament with 12 taking part in the second stage, the Super 12. Zimbabwe are the notable absentees, having been suspended by the ICC for 'government interference'.

Afghanistan's participation was also in doubt after the Taliban's takeover, but the International Cricket Council (ICC) said there's no issue.

After the qualifying round, featuring two groups of four teams each, the tournament proper will kick off with a Super 12 fixture between Group 1 rivals Australia and South Africa.

But the biggest fixture before the knock-outs will be an India vs Pakistan, Group 2 clash in Dubai, UAE on October 24.

The ICC has also ensured that all teams get at least one warm-up game each, with 16 matches divided into two sets, from October 12 to 20.

Defending champions West Indies are the most successful team, having won it twice. In the previous edition's final, they defeated England in the Kolkata final by four wickets. They first won the tournament in 2012 by defeating hosts Sri Lanka in the final.

ICC awarded Star Sports the global broadcast rights for all ICC Events 2015-2023. This included exclusive live and highlights rights across all platforms for ICC major events.

Group A round completes on October 22.

Super 12 round completes on November 8.

The top two teams from each group in Super 12 make the semis. The first semi-final is scheduled for November 10 and the second the next day. Final is on November 14.

The tournament was moved from India to the United Arab Emirates and Oman due to the coronavirus pandemic. The Group A fixtures will take place in Abu Dhabi and Sharjah, while all games in Group B will be played in the Omani capital of Muscat.