In 2003 final too, Aussies bat first and posted a massive total then India crumbled. Sachin Tendulkar, India's hope, was dismissed in the first over itself by Glenn McGrath 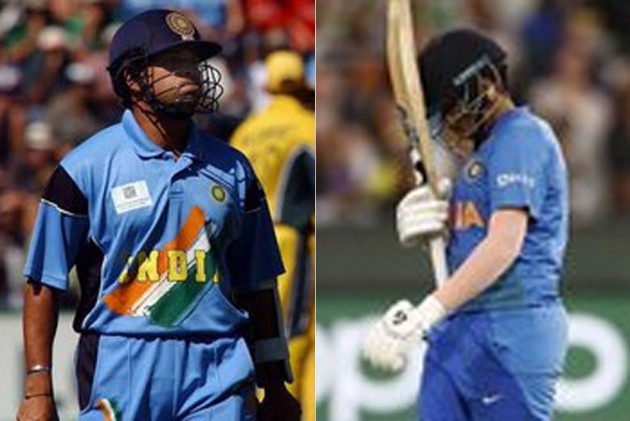 India crumbled after Australia openers Beth Mooney and Alyssa Healy rode on dropped chances to smash blistering fifties and power the defending champions to a challenging 184 for four in the final of the ICC Women's T20 World Cup 2020 at the MCG, Melbourne on Sunday.

Mooney (78 not out) top-scored for Australia but it was Healy (75), who was dropped in the fifth ball of the innings by Shafali Verma off Deepti Sharma, who stole the limelight early on, smashing the Indian bowlers to all parts of the ground. Her 39 balls innings was laced with seven fours and five hits over the fence.

Healy and Mooney shared 115 runs in 11.5 overs for the opening wicket to give Australia a flying start after opting to bat first. Just like Healy, Mooney too cashed in on a dropped chance -- caught and bowled opportunity by Rajeshwari Gayakwad in the fourth over -- to punish India by reaching her fifty in 41 balls. Mooney struck 10 boundaries in her 54-ball unconquered knock.

And the match brought back memories of the 2003 Men's World Cup final, in which India suffered a humiliating 125-run defeat at Johannesburg. Shafali Verma, who needed to fire for India to have any chance, was sent back by Megan Schutt in the very first over.

In 2003 final too, Aussies batted first and posted a massive total then India crumbled. Sachin Tendulkar, India's hope, was dismissed in the first over itself by Glenn McGrath.

Here are some fan reactions:

Shafali Verma will do Sachin (2003) and get out in the first over. Its all written ðÂÂÂÂ­ðÂÂÂÂ­

Sachin Tendulkar to Glenn McGrath in the 1st over.

Shafali Verma to Megan Schutt in the 1st over.

We've got the pattern ðÂÂÂÂÂÂ

Shafali Verma’s long walk back after getting out feels of Sachin’s in 2003 Men’s WC Final #INDvAUS pic.twitter.com/iF2uptYpB0

At the time of filing the report, India were stuttering at 32/4 after six overs.