Shafali Verma dropped Alyssa Healy in the first over when the Australian opener was on nine. Healy went on to smash a 39-ball 75 and, along with Beth Mooney (78 not out off 54), added 115 runs for the opening wicket to power Australia to 184 for four 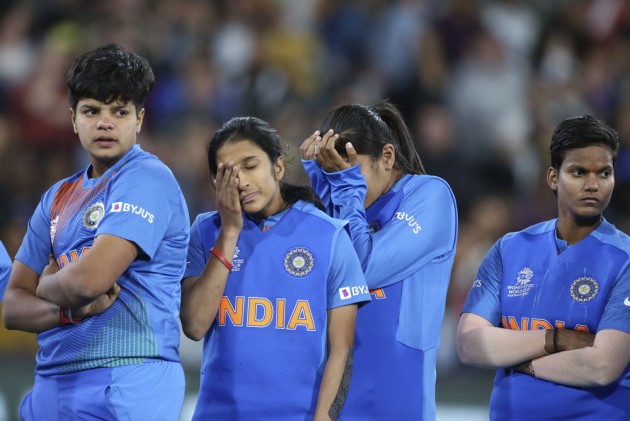 Shafali dropped Healy in the first over when the Australian opener was on nine. Healy went on to smash a 39-ball 75 and, along with Beth Mooney (78 not out off 54), added 115 runs for the opening wicket to power Australia to 184 for four.

In reply, India were bowled out for 99 to hand the hosts a 85-run win and an unprecedented fifth world title in the shortest format.

"She (Verma) is only 16, she's playing her first World Cup. She did really, really well and performed for us. For a 16-year-old kid, it's difficult to keep thinking positively and stay in the game," said Kaur.

"It's a learning lesson for her but it could happen to anyone. We can't blame her because there were others also in her position."

"We gave chances to batters in great form and it's difficult for bowlers to come back when that happens," she said.

Kaur denied that her side were overwhelmed by the occasion as they were playing in their maiden final in front of a record 86174 spectators at the iconic MCG, the most in a women's cricket match.

"We weren't feeling under pressure but unfortunately we were unable to create those chances. It's a lesson for all of us, we have to be at 100 per cent when we're fielding because that's the most important part of cricket."

India came into the tournament with one of its youngest squads, and became the first team to field more than one teenager in the tournament's final. There were plenty of new faces since their 2017 World Cup defeat to England.

On that occasion, just nine runs separated India from the title. The lack of clinical cricket this time around has made defeat slightly easier to swallow for the skipper.

"I guess 2017 was more disappointing, because that was so close," Kaur said.

"We didn't play the cricket we expected of ourselves this time. As our team is quite young, we did really well in the league games. We reached the final this year. If we keep working and improving, maybe in the future we can win."

The setback will serve as a learning experience, according to the India captain.

"We didn't field well, we need to learn from today's performance. When you are playing a great level of cricket, you cannot drop the chances and we were not up to the mark.

"We will take this seriously and when we come to play next time, we will be one of the best fielding sides."