Katy Perry will perform two songs to get the ICC Women's T20 World Cup final, between India and Australia, underway and return for a post-match concert, with her full band, once the on-field presentations have concluded at Melbourne Cricket Ground on the International Women's Day 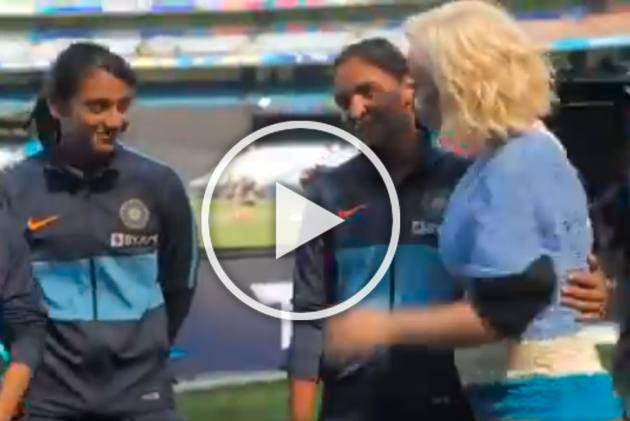 Global music superstar Katy Perry turned up at the iconic Melbourne Cricket Ground on the eve of the Women's T20 World Cup 2020 final to meet the Indian team.

The official Twitter handles of the International Cricket Council (ICC) and the Board of Control for Cricket in India (BCCI) shared post with captions, which read "A social media sensation... and Katy Perry" and "Cause there's a spark in you" respectively. BCCI's message is a line from Perry's hit 2010 song Firework.

And the "social media sensation" referred in the ICC tweet is Indian batter Jemimah Rodrigues.

In another tweet shared by @T20WorldCup, Perry was seen asking for India's playing XI. But she was left disappointed.

Not even @katyperry is allowed to know the India team for tomorrow ðÂÂÂÂÂÂÂÂÂÂÂÂÂÂÂÂÂÂ #T20WorldCup | #FILLTHEMCG pic.twitter.com/b3RQyJG5Wz

Anyway, here are the likely XIs:

Perry will perform two songs to get the final underway and return for a post-match concert, with her full band, once the on-field presentations have concluded.

READ: How To Watch The Final And Katy Perry Concert

The final coincides with the 2020 International Women's Day.

In the light of the current coronavirus scare, the mother-to-be singer has postponed her marriage with fiance Orlando Bloom which was scheduled to take place in Japan.

India progressed as the top-ranked team in their group after their match against England was washed out. Host and defending champions Australia defeated South Africa by five runs in the other semi-final.