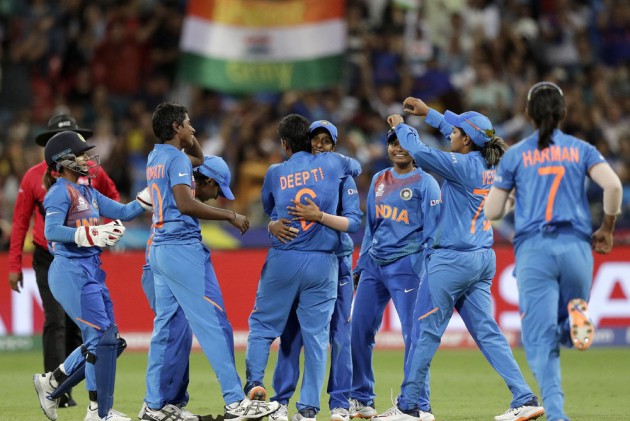 Bolstered by their remarkable victory over holders Australia in the opener, India eves would look to continue the momentum when they take on Bangladesh in a Women's T20 World Cup clash at Perth on Monday. (More Cricket News)

On Friday, India women successfully defended a small total of 132 against four-time champions Australia at the Sydney Showground Stadium and began their World Cup campaign on a brilliant note. While Deepti Sharma contributed with a valuable knock of 49*, it was Poonam Yadav who turned the match in India's favour by picking up four wickets in her allotted overs.

On Monday, a furious pitch at WACA will be awaiting both the teams. Unpredictable Bangladesh have stunned India on a number of occasions with the most notable being in the final of the Asia Cup in 2018 where they won by three wickets.

The good news is about the top performers in the batting and bowling departments from that fateful tour. Match winner Yadav will still have the memories of 2018's Asian Cup afresh where she stifled Bangladesh batters with astounding bowling figures of 4/9.

Smriti Mandhana will be waiting to avenge her 2016 T20 World Cup outing when leg spinner Fahima Khatun's sent her back to the pavilion for a duck.

Skipper Harmanpreet Kaur is the shining star against the new entrants, with scores of 40 and 77 in 2014 and 2016 edition of World Cup, bagging player of the match in both outings.

Concerns galore for Indian batting, largely with the brittle middle order with Veda Krishnamurthy still to get into the groove. Indians could score only three boundaries in the last 16 overs that too from the blade of Deepti Sharma.

Bangladesh look fairly balanced in bowling and fielding. Of late, they have started to decipher the Indian approach towards the game pretty well. This is due to the appointment of former Indian wicketkeeper batter Anju Jain as Bangladesh coach. The Arjuna Awardee and former opener has played 65 ODIs and 8 Tests and has been at the helm from 2018.

Bangladesh's highest wicket taker in the fast bowling department is Jahanara Alam with ample pace and superb control. The WACA pitch historically known for good pace bowling and Jahanara Alam's pace and swing should be an ideal fit.