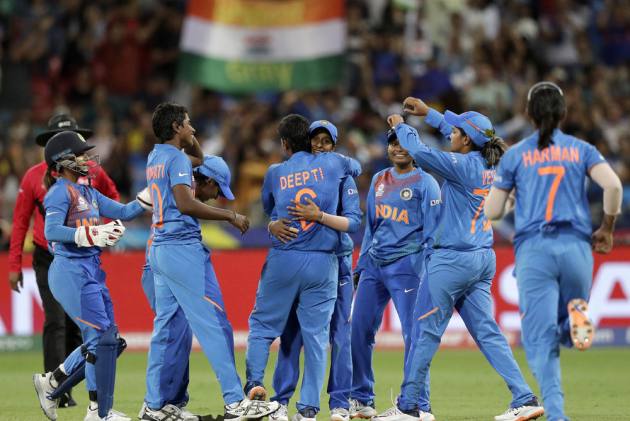 The Board of Control for Cricket in India (BCCI) has won the battle against the Pakistan Cricket Board (PCB) as its lawyers convinced the ICC that the reason behind the Indian eves not playing Pakistan in their ODI Championship round was clearly a case of not getting necessary permission from the government. (More Cricket News)

Speaking to IANS, a BCCI official said that the lawyers representing the Indian board put out the true picture and the international body understood the scenario.

"Our lawyers explained to the ICC that for every tournament, we take the permission of the government and it isn't just about playing Pakistan. So, if we don't get clearance from the government, how can we play them? It was just about explaining the scenario," the official said.

With this, the technical committee of the ICC decided that teams will share points in all three series in the ICC Women's Championship that did not take place during the competition window and that saw India on Wednesday qualify for the 2021 Women's World Cup.

The India-Pakistan series was originally scheduled in the sixth round of the competition, between July and November 2019, but despite the best efforts of both the boards, it was unable to take place, ICC said in a statement.

"With respect to India vs Pakistan series, the TC concluded that the series could not be played because of a Force Majeure event after the BCCI demonstrated that it was unable to obtain the necessary government clearances to allow India to participate in the bilateral series against Pakistan, which forms a part of the ICC Women's Championship," the media statement read.

Interestingly, PCB chief Ehsan Mani on Tuesday made it clear that the Pakistan Cricket Board doesn't need the BCCI to join hands with them.

"We have suffered losses but they (India) are not in our thinking or planning. It is like a Pie in the Sky situation. We have to live without them and we don't need them to survive," he said in a podcast released by the PCB's media department.

"I am clear if India doesn't want to play we have to plan without them. Once or twice they have made promises to play against us but pulled out at the last moment."