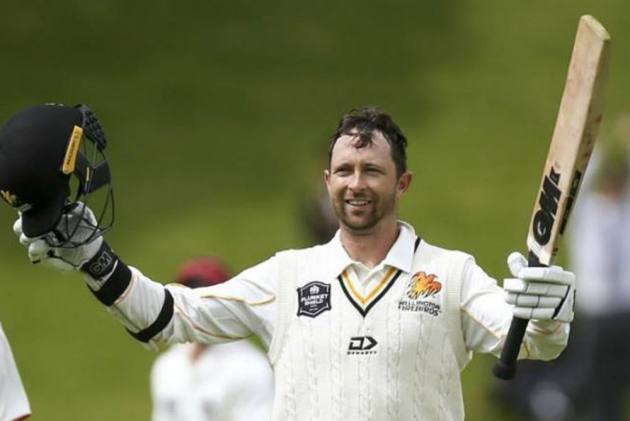 New Zealand batsman Devon Conway feels preparing with the Dukes ball back home has helped his side immensely as it gears up for three Tests in England, including the World Test Championship final against India in Southampton. (More Cricket News)

The two-Test series against England begins on June 2 while the WTC final against India starts from June 18 in Southampton, where the New Zealand-squad is based at the moment.

Conway, who is among the three uncapped players in the 20-man squad, feels the camp back home in Lincoln ahead of the tour was ideal. New Zealand play with the Kookaburra at home.

"That was very beneficial for us, you know, having that opportunity to play amongst the Dukes ball, get to learn how it works, and try and formulate a game plan, how to go about things," Conway said in an online press interaction.

"But yeah, I think not a lot changes. You know, we understand that the Dukes ball does swing a little bit more than than what the kookaburra does, but you know, you've just got to face the ball and come up with a game plan and stick by it," said the South Africa-born player, who made the team after impressing in limited overs cricket.

During the camp back home, Conway sprinkled cat litter on practice wickets to simulate spin bowling on the rough, hoping it will help him counter the likes of Ravichandran Ashwin during the WTC final.

On his first Test tour, the 29-year-old is trying to soak in as much as he can from established names like Tom Latham and Ross Taylor in his team.

"It has been a massive learning curve for me, in terms of how the protocols are all set set in place, and just trying to adhere through all that. You know, just seeing the guys being around the group for an extended period, it's been fun. And, yeah, a lot of memories created already in the short period.

"In the Test set up the guys have been here for a very long time. So you know, it's good to sort of learn from the experience of players that have been at this level, they've been playing at this level for a long period.

Adjusting to the cold weather in England is a challenge though, feels Conway.

"...it's about adapting to the lower degrees. I think that's a slight challenge in itself but I think, you know, once the body acclimatised to that, it's about just really understanding what you want to do and not overcomplicate things...," the southpaw added.