Swiatek won 6-3, 6-7 (4), 7-5 after trailing 4-1 in the deciding set during a packed day of first-round matches at the Wimbledon warmup tournament 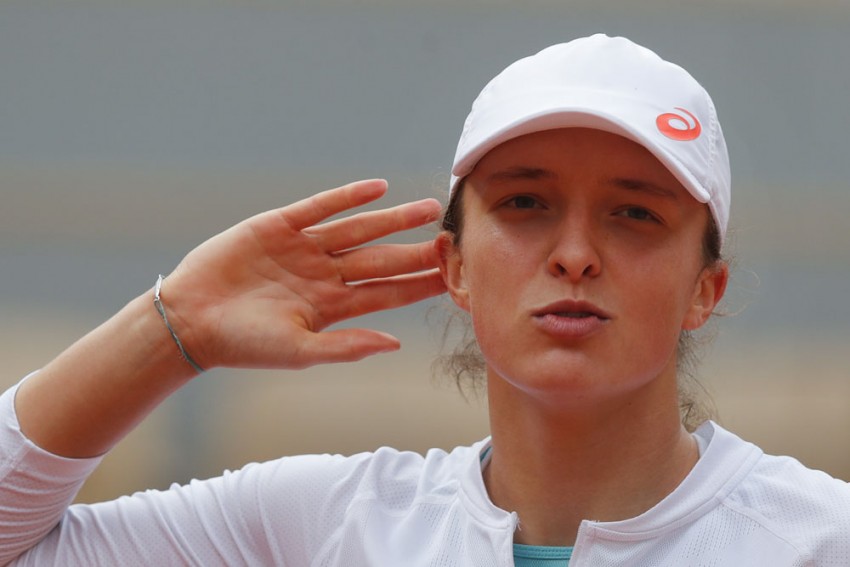 Swiatek won 6-3, 6-7 (4), 7-5 after trailing 4-1 in the deciding set during a packed day of first-round matches at the Wimbledon warmup tournament after a full washout Monday.

“I have a love-hate relationship with grass, so winning will give me more confidence, especially against such an experienced player," said Swiatek, the 2020 French Open champion playing just her fourth tournament on grass.

While Swiatek avoided an upset, defending champion Karolina Pliskova couldn't do the same. The former No. 1 player lost to Camila Giorgi 2-6, 6-2, 6-2. The Italian qualifier was a quarterfinalist at Wimbledon in 2018.

The fifth-seeded Pliskova, from the Czech Republic, won the title at Eastbourne in 2017 and 2019. Last year's event was canceled because of the coronavirus pandemic.

CoCo Gauff mounted a comeback to beat seventh-seeded Elise Mertens 0-6, 7-6 (4), 7-5. It was the 17-year-old U.S. player's first match since reaching her first Grand Slam quarterfinals at the French Open.

On Sunday, Jabeur became the first Arab woman to win a singles title on the elite women's tennis tour with a 7-5, 6-4 victory over Daria Kasatkina in the Viking Classic final in Birmingham.

Jabeur has a second-round match against Jelena Ostapenko after the Latvian beat eighth-seeded Anastasia Pavlyuchenkova 6-1, 6-3 in the Russian's first match since losing the French Open final.

Rain washed out the opening day on Monday. (AP)