Sunil Chhetri, 35, has been in prolific form in recent years but since netting India's lone goal in the 1-2 loss to Oman in September, the skipper has not found the target in the last three matches of the FIFA World Cup 2022 qualifying campaign 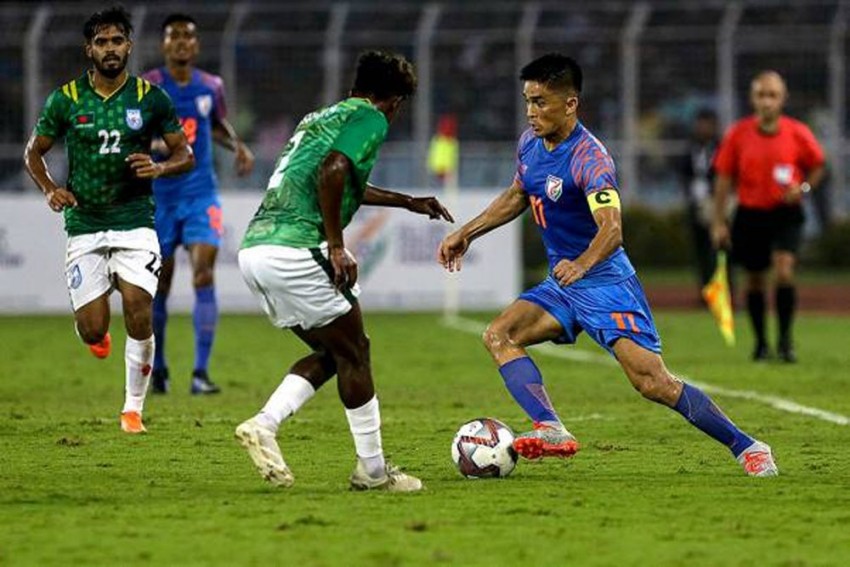 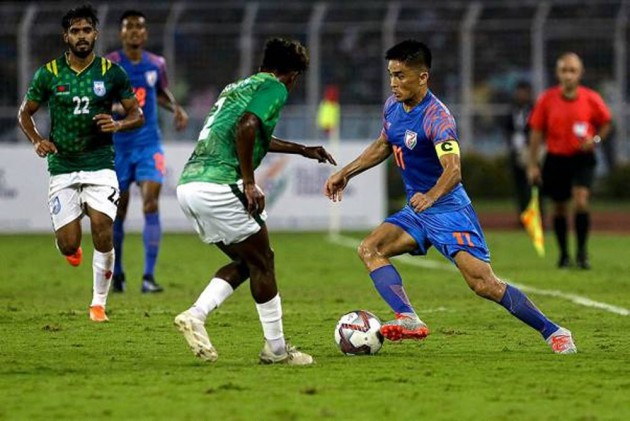 The 35-year-old Chhetri has been in prolific form in recent years but since netting India's lone goal in the 1-2 loss to Oman in September, he has not found the target in the last three matches of the 2022 World Cup qualifying campaign.

Asked if he has found any player in India who can replace Chhetri in the future, Stimac said, "I don't know why people mention about replacing Sunil, he is not going anywhere. He is fit and doing his best. He is very valuable to us. His body is like a 29-year-old.

"As long as he is training like he is doing right now and giving his best for the national team, he will be with us, I can assure you that.

"He (Sunil) had some great chances, there was one against Afghanistan which normally Sunil scores nine out of 10 times. It did not happen that day, but that does not mean that something has changed in his game. It happens in football," the Croatian said on the sidelines of the launch of the 13th I-League in New Delhi.

Chhetri is currently the second-highest international goal scorers among active players, only behind Portugal superstar Cristiano Ronaldo. He is the most-capped player and also the all-time top scorer for the Indian national team, with 72 goals in 115 appearances.

Stimac said the current team also has players who can score goals and he was hopeful of them stepping up and getting the job done for India.

"But at the same time. I will have chance to find out a few more players like Sunil Chhetri. I hope that once Jobby Justin starts playing games he will start scoring goals," the head coach said.

"I hope a few other players like Seiminlen Doungel from FC Goa will start playing as central forward and Manvir Singh start scoring goals. We have some options," added Stimac.

Doungel scored an injury-time goal in India's 1-1 draw against Afghanistan in Dushanbe, Tajikistan earlier this month. The Indian team is virtually out of contention for a 2022 World Cup third round spot after losing 0-1 to Oman on Tuesday.