Important To Play Simple Hockey And Not Do Anything Too Dramatic: Rupinder Pal Singh 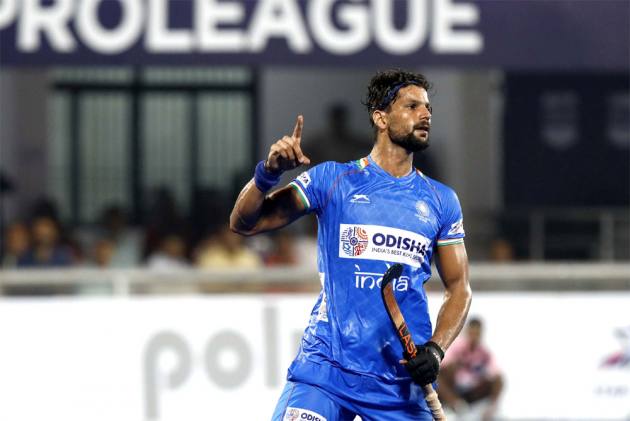 On his first foreign tour since 2019, seasoned drag-flicker Rupinder Pal Singh on Friday emphasised on playing simple hockey instead of being too dramatic on the field as the Indian team gears up to take on Olympic Champions Argentina. (More Hockey News)

Rupinder, who arrived in Buenos Aires on Thursday along with the Indian team for a 16-day tour that includes back-to-back Pro League matches on April 11 and 12, missed the tour of Europe in February due to a hamstring injury.

Having secured his place in the side for his first overseas tour since 2019 when India travelled to Belgium, the lanky defender is desperate to make up for the lost opportunities in the crucial Olympic year.

"I am super excited to play against the Olympic champions. It's been a very long break from competitive hockey. My last overseas tour was in September 2019 when we played in Antwerp, Belgium," Rupinder was quoted as saying in a Hockey India release.

Rupinder had injured hamstring one week before the team left for Europe.

"I was in good nick last year. Now against Argentina, it will be all about finding that rhythm back. It is important to play simple hockey, as chief coach Graham Reid always says and not do anything too dramatic. Focus will be on basic skills, strong defence, good on-field communication and coordination with each other."

India will play their first practice match against Argentina on April 6.

The Indian team is scheduled to play six matches against Argentina.