During a conversation with Sanjay Manjrekar, Shoaib Akhtar expressed his anguish at some of the playing conditions in white ball cricket, which has made it a game only for the batsmen 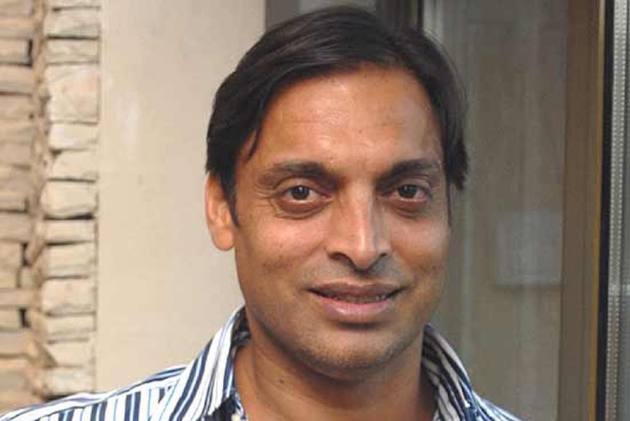 The ICC has "successfully finished" cricket in the last 10 years and brought it down to its knees, former Pakistan pacer Shoaib Akhtar has insisted in a scathing criticism of the sport's global body. (More Cricket News)

During a conversation with Sanjay Manjrekar for ESPNcricinfo's podcast, Akhtar expressed his anguish at some of the playing conditions in white ball cricket, which has made it a game only for the batsmen.

Akhtar was sharp in his criticism after Manjrekar asked for his take on a trend that fast bowlers are going a bit slow in limited overs games, especially T20s, while spinners are bowling faster.

"Can I tell you something bluntly? They (ICC) are finishing the cricket. I am openly saying that in last 10 years, ICC has successfully finished cricket, and I would say job well done guys. Jo socha thaa apne woh kiya (You did what you intended to)," Akhtar said in his inimitable style.

Akhtar feels that the number of bouncers per over should be increased as there are two new balls and only four fielders outside the circle for the better part of an ODI game.

"I have been saying repeatedly that change bouncer rule (one per over). You have two new balls and four fielders outside. Please ask ICC whether in last 10 years, quality of cricket has gone up or gone down. Where are those Sachin versus Shoaib contests?"

Speaking about Tendulkar, Akhtar said that he is one with whom he never got aggressive, as there was a lot of respect for the world's best batsman.

"But yes, I would try to outthink him. Like in the 2006 tour of Pakistan, I knew he had tennis elbow problems and he can't hook or pull me, so I bowled a barrage of bouncers to keep him quiet," Akhtar said.

Talking about pull shots, the speed merchant said that at his peak Virat Kohli would have found it difficult to play that shot against him because of his express pace.

"I would have come wide off the crease and tried to shape that new ball out and lured him into driving. Something that James Anderson has done with him. Having said that he would have scored as many runs as he scored now had I also played."

Akhtar thought that it would have been a treat to watch if Kohli was pitted against Wasim Akram, Waqar Younis and Shane Warne in their prime.

"He could have judged himself where he stood in front of these bowlers," he said.

Manjrekar asked him whether the culture of producing tearaway quicks is still there in Pakistan or they are happy producing fast medium bowlers.

"People like me should have been in PCB and I would have produced fast bowlers. Fast bowlers should be like leopards which would hunt down its prey.

"I would have produced 12 fast bowlers and prepared them on every aspect, technique, mannerism, studies, diet, what to do with the body.

"I would have built a complete brand. You don't get fast bowlers from people who are by nature ghulaam (subservient)."