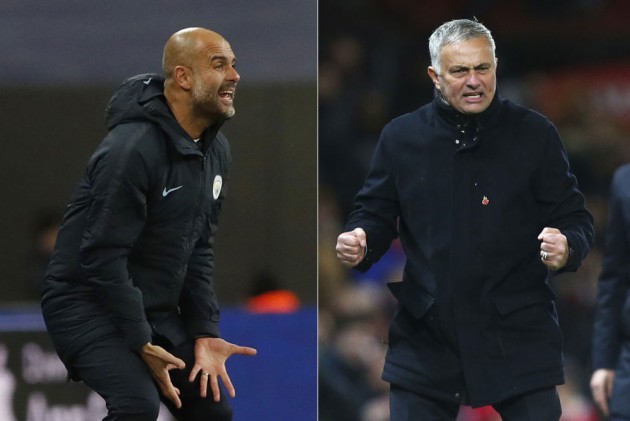 Pep Guardiola welcomed Jose Mourinho back to the Premier League by predicting the "incredible manager" will do a good job at Tottenham. (More Football News)

Mourinho and Guardiola clashed unforgettably while in charge of Real Madrid and Barcelona respectively at the start of the decade.

Their renewed rivalry failed to catch fire in Manchester, however, as Guardiola stormed to back-to-back Premier League titles at City while Mourinho endured an increasingly torrid United tenure that culminated in his sacking 11 months ago.

Mauricio Pochettino's shock Spurs exit this week gave ex-Porto, Chelsea and Inter boss Mourinho an unexpected route back to the Premier League and it is one Guardiola expects him to grasp with both hands.

"I think you know him better than me," Guardiola told a news conference ahead of City's game against Chelsea at the Etihad Stadium on Saturday.

"He was many years here in different clubs. Welcome back. He's an incredible manager. I'm pretty sure he will do a good job."

Throughout his trophy-laden City tenure, Guardiola has certainly come far closer to meeting his match in Pochettino.

Spurs dealt the former Barcelona and Bayern Munich boss his first defeat in English football and Pochettino's men also dramatically knocked City out of the Champions League at the quarter-final stage last season.

A failure to win silverware at Tottenham has been voiced as a criticism of Pochettino in some quarters, but Guardiola feels it is important to look at the Argentinian's full body of work.

"Mauricio has done an incredible job. All the managers are judged for the titles you win, but it's not the truth," he said.

"At the end, it is the job you have done and in the time he was there I think the club was better.

"Always the manager, when they leave, it is to know if the club or the team are better than the moment you took over these players or this club.

"I think it happened. But decisions are made and there's nothing else to say."

7 - Frank Lampard is only the second manager in @ChelseaFC's history to win seven consecutive away games in all competitions, after Bobby Campbell (February-April 1989). Icon. #WATCHE pic.twitter.com/wQb3qmgFej

A fresher face in Premier League dugouts is in opposition to Guardiola this weekend and the City manager is an admirer of Frank Lampard, whose third-placed Chelsea team head into the weekend a point and a position above champions City.

"From the beginning [of the season] his team played really good. He was consistent in his ideas and the results are there," Guardiola said.

"I am happy for him. I know him a little bit and have some info because was here. He's an excellent person.

"I think it is good for English football. It's so nice that young English managers are taking over the important clubs and doing well.

"Playing the way they play is perfect for English football. It is the best way to get better for the national team and the club itself."