Australia have a 39-run lead after India A declared their innings at 247 for 9, with skipper Ajinkya Rahane remaining unbeaten on 117 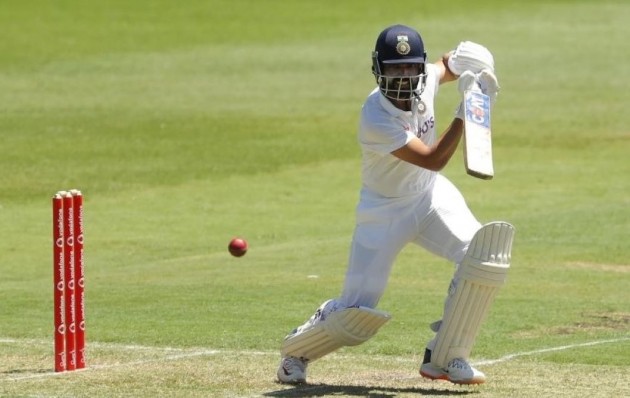 Senior pros Umesh Yadav and Ravichandran Ashwin staked strong claims to be included in India's playing XI for the first Test with impressive performances against Australia A, which scored 286 for 8 on the second day, riding on Cameron Green's unbeaten century. Tour Schedule | 2nd T20 Highlights | News

Australia now have a 39-run lead after India A declared their innings at 247 for 9 in the first hour of the second day, with skipper Ajinkya Rahane remaining unbeaten on 117.

The 'Vidarbha Express' removed both rival Test team openers Will Pucovski (1) and Joe Burns (4) in his third and fourth over with the new ball to make initial inroads.

Ashwin (19-2-58-2) also did his Test chances no harm as he reminded old timers of Australian off-spinner of 80's Greg Mathews (hero of 'Madras' tied Test) bowling with his cap on.

Only that Mathews was protecting himself from Chennai heat while Ashwin was reluctant to give it to fellow fielders.

For Australia A, the giant all-rounder Green continued his rich vein of Sheffield Shield form with an unbeaten 114 off 173 that had 10 fours and a six.

He showed good temperament against the Indian attack while adding 104 runs for the sixth wicket with his national skipper Tim Paine (44) after being reduced to 98 for 5.

Another 49 for the eighth wicket with paceman Michael Neser (33) ensured that Australia A recovered well from a batting collapse.

India started well with the new ball as Umesh maintained a good channel outside off-stump as Pucovski trying to cut a back-of length delivery gave a simple catch to Shubman Gill at point.

Burns edged one that moved a shade away to wicketkeeper Wriddhiman Saha behind the stumps.

Skipper Travis Head (18) and Marcus Harris (35) then added 55 runs to steady the innings before Siraj got into the act, cleaning up the Australia A skipper in the 21st over.

Siraj, who is also trying to seal a place in the Tests, troubled Harris (35) a lot with semi-new ball before Ashwin ended his stay with Rahane snapping one in the slip cordon.

The experienced off-spinner was again in action in the 31st over when he trapped Nic Maddinson (23) with a delivery that kept straight.

Green and Tim Paine then scripted another recovery act to take Australia A to 186 for 5 at tea.

After the break, Umesh peppered Paine with bouncers with one hitting him on the helmet. The strategy worked as Paine pulled one only to be brilliantly caught by Prithvi Shaw at backward square leg, ending their 104-run stand.

Siraj then got his second scalp in the 67th over, removing James Pattinson (3) but Michael Neser (33) frustrated India A before being run-out in 80th over.

Green, who was dropped on 24 by Hanuma Vihari in second slip and then on 78 by Wriddhiman Saha, completed his hundred with a four in the 81st over.