In the eighth over of the New Zealand innings, bowled by Shivam Dube, Martin Guptill pulled the fifth ball but ended up offering a tough catch at deep square leg, where Rohit Sharma completed the rites 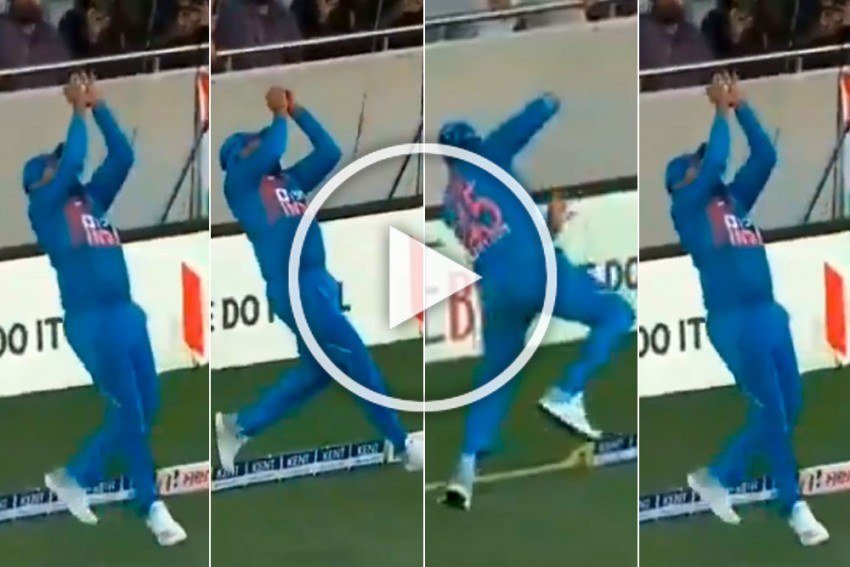 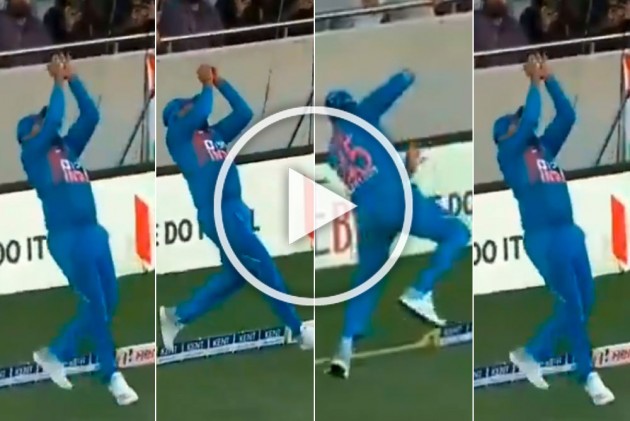 Rohit Sharma is not a livewire in the field, but India vice-captain is known for his safe pairs of hands. On Friday, during the first T20I against New Zealand at Auckland, he took a brilliant catch to send dangerous Martin Guptill back.

In the eighth over, bowled by Shivam Dube, Guptill pulled the fifth ball but ended up offering a tough catch at deep square leg, where Rohit completed the rites.

Rohit, first kept took hold of the ball then lobbed it back inside the rope to gently complete the catch, as if making  a mockery of all the diving efforts.

India won the toss and opted to bowl. The visitors went with a six-bowler configuration including all-rounders Shivam Dube and Ravindra Jadeja. Yuzvendra Chahal replaced Kuldeep Yadav, while Shardul Thakur was picked ahead of Navdeep Saini. Rishabh Pant was dropped.

Colin Munro and skipper Kane Williamson smashed quickfire half-centuries as New Zealand made good use of the short boundaries at Eden Park to post 203 for five.

Munro scored 59 off 42 balls, including six fours and two sixes, while Williamson hit four fours and four sixes in his 26-ball 51-run innings as the Black Caps’ made good use of the peculiar Eden Park shape to pile on the runs.

Ross Taylor too smacked 54 not out off 27 balls as Indian bowlers suffered from the onslaught. Only Jasprit Bumrah (1-31) put in a good shift with clever change of pace and control.