Mohammed Shami took the wickets of Mohammad Nabi, Aftab Alam and Mujeeb ur Rahman in successive deliveries to help India beat Afghanistan by 11 runs in their ICC Cricket World Cup 2019 group match at The Rose Bowl, Southampton on Saturday 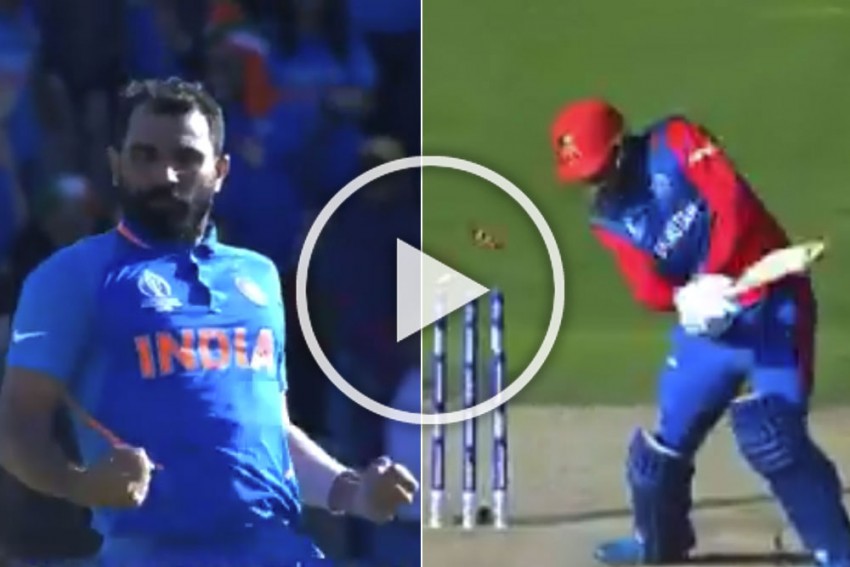 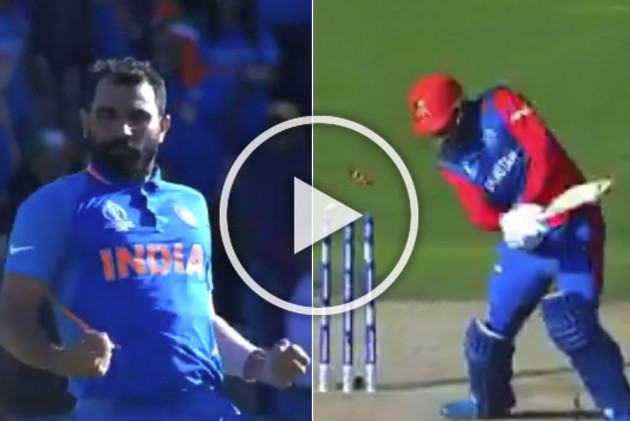 Indian pacer Mohammed Shami on Saturday created history by becoming only the second Indian bowler to claim a hattrick in ICC Cricket World Cup match. In India's fifth group match of the 2019 World Cup at The Rose Bowl in Southampton, against Afghanistan, Shami produced a sensational last-over to emulate Chetan Sharma's feat.

In the low scoring thriller, India needed to defend 16 runs of the final over. And skipper Virat Kohli handed the ball to Shami, who's playing his first match of the tournament. The first ball was hit for a boundary by Mohammad Nabi, but the 29-year-old right-arm pacer responded by dismissing Nabi (52 off 55 balls), Aftab Alam (0) and Mujeeb ur Rahman (0) in successive deliveries to help India register an 11-run win.

Afghanistan were bowled out for 213 in pursuit of a manageable 225 run target which at one stage looked gettable after the Indian middle-order flopped in their first World Cup test.

Chetan Sharma became the first ever bowler to take a hattrick in World Cup. He achieved the feat against New Zealand at Nagpur on October 31, 1987.

Since then, Saqlain Mushtaq (Pakistan) vs Zimbabwe at The Oval, London in 1999; Chaminda Vaas (Sri Lanka) vs Bangladesh at Pietermaritzburg in 2003; Brett Lee (Australia) vs Kenya at Durban in 2003; Lasith Malinga (Sri Lanka) vs South Africa at Providence in 2007; Kemar Roach (West Indies) vs Holland at Delhi in 2011; Lasith Malinga (Sri Lanka) vs Kenya at Colombo in 2011; Steven Finn (England) vs Australia at Melbourne in 2015; and Jean-Paul Duminy (S.Africa) vs Sri Lanka at Sydney in 2015 have taken three wickets off three successive deliveries.