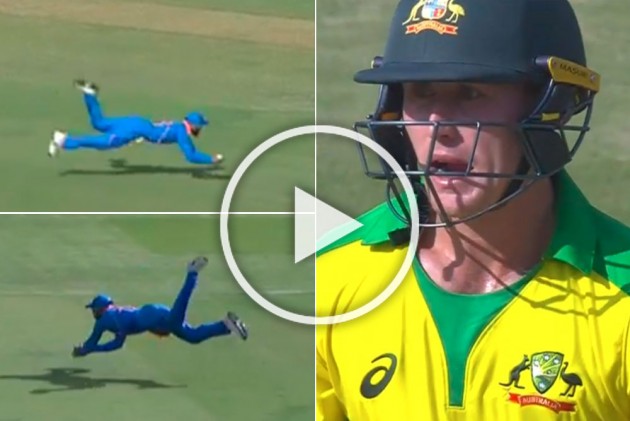 Virat Kohli took a sensational catch to decide the fate of the third ODI and series as India win the series 2-1 against Australia with a seven-wicket victory at Bengaluru on Sunday.

Batting first, Australia lost both the openers David Warner and Aaron Finch early, but Steve Smith and Marnus Labuschange stitched a 127-run stand to resurrect the innings. And it needed something special to break the partnership.

That came in the form of a stunning catch, taken by Kolhi. Labuschange, who hit his maiden ODI fifty, drove the third ball of the 32nd over towards cover only to witness Kohli produce a stunner.

India won the match by seven wickets by chasing down Australia's 286/9 with 15 balls to spare. India thus claimed the series 2-1.