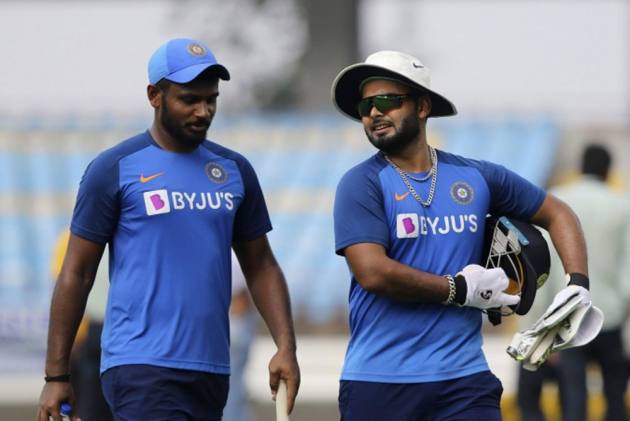 On the eve of India's second ODI match against Australia, Sanju Samson, possibly the unluckiest player in the country, took to Twitter and shared a '"," - a comma. And it became an instant hit with fans.

It can be seen as a sign of frustration from the talented Kerala wicket-keeping, who once got the snub from the Indian cricket board (BCCI). With legendary MS Dhoni certainly out of the picture, Rishabh Pant has emerged as the obvious successor. But Pant has so far failed to convince the fans.

And for many, Samson should get the chance to prove his worth. But Samson's case has been a story of heart-breaks. He is always there in the periphery.

Here are some reactions to Samson's 'comma':

Please don't loose patience brother. We all support you. You deserve it. You plays very well. Play well with all your passion, to the opportunities that come to you.
Time will answer the people who thought you were a normal batsman! Cheer up! Take your bat and show your talent.

I think u should go to newzeland or some other countries who respects talent and gives opportunities, because u are from south india u are not getting opportunities, shame on bcci politics

Time to believe in youself more than ever. Your very close to get what you deserve. Dont give up champ.

This is grave injustice happening with you Sanju. We stand with you.

Comma means it's not the end... He's still hoping that one day Indian cricket team authorities will recognize his talent and then he will show more commas 6,6,6,6,6,6 @BCCI @cricbuzz

Meanwhile, on Friday, the BCCI named KS Bharat as the cover for injured Pant.