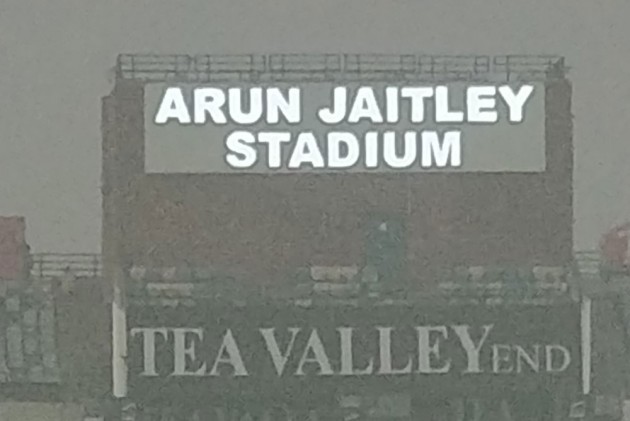 The Delhi and District Cricket Association (DDCA) once again faced embarrassment during the India-Bangladesh Twenty20 International on Sunday when the Old Club House (OCH), comprising over 2,000 seats, remained locked on the order of the Delhi High Court. The OCH comprises the BCCI Box and other expensive seats that also offer food and other amenities to those who can afford it. (More Cricket News)

The court has only allowed the TV and Radio commentators, along with TV cameras for the live telecast of international matches, and the print media to use the OCH, which was earlier called Ram Prakash Mehra Stand. The court order which came some time ago, is still applicable and, therefore, the building remains locked, which means that no spectators can sit in this building.

The OCH was constructed controversially in the mid-1990s, apparently without proper permissions from relevant government departments. The main objection of the Archaeological Survey of India was that it was built within less than 100 meters of a historical and protected monument, ‘Kotla Boali’. But the DDCA has not been able to secure the unlocking of the OCH that would earn it more revenue.

The OCH houses some of the most expensive seats in the stadium. Each of the 380-odd seats in the corporate box on the third floor costs around Rs.10,000, with buffet food coming as a bonus. There are another about 1,500 seats, with each ticket costing about Rs.1,500, with a packed food box coming as complimentary. The BCCI Box comprises about 130 seats while the extension of the print media box has 70 seats and these are used commercially during Indian Premier League matches.

NO TAKERS FOR CORPORATE BOXES: There were no takers for the expensive Corporate Boxes, in the West Wing of the Arun Jaitley Stadium either. These are different from the Corporate Boxes in the Old Club House. The reason, it's said, was that the business houses were not sure if the match would go ahead in the face of severe pollution that has engulfed Delhi for the last few days. The tickets for these boxes are expensive, but come with many facilities and offerings, including food. Usually, big business houses purchase these boxes.

POLLUTION CLEARS: The post-Diwali pollution that had threatened the match cleared to an extent, at least as seen from inside the stadium, to allow the match to start on time. Sometime before dusk, the sun did manage to peep out before again disappearing for the day. Since it was a night match, starting at 7 pm, the floodlights were on since the beginning of the match, and players, from a distance, looked in no apparent problem batting and fielding. But whether they actually did not feel any breathing problem or related issues would only be known later.

NEON LIGHT AND DARKNESS: There are names of four prominently personalities displayed inside the Arun Jaitley Stadium – Bishan Singh Bedi (West Wing), Mohinder Amarnath (East Wing), Virat Kohli (new club house), and Jaitley, after whom the historical Ferozeshah Kotla stadium, built-in 1883, was renamed recently. But, quite interestingly, only two names – that of Kohli and Jaitley – are written with neon lights that make them glow even in bright light as well as darkness. And these two names glowed during the India-Bangladesh match on Sunday while the names of the two Ranji Trophy-winning captains, Bedi and Amarnath, were almost completely lost between advertisement hoardings. If someone makes an extra effort, it was visible, but again depending on floodlights. Delhi won their first Ranji Trophy title under Bedi’s captaincy in 1978-79. Why couldn’t the DDCA also write the names of Bedi and Amarnath with neon, or whatever the material is? Only the DDCA could answer.