Ever since Rishabh Pant replaced Mahendra Singh Dhoni in the limited-overs circuit, he has been criticised by many, be it for his batting, wicket-keeping skills or be his role when it comes to reviews, and it was no different during the second T20I between India vs Bangladesh 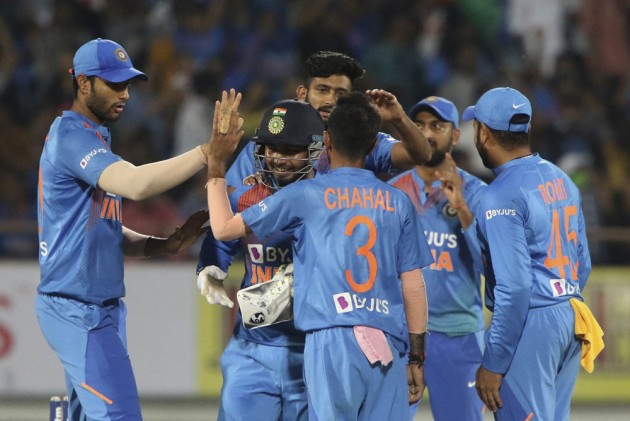 Rishabh Pant, the prodigal son of Indian cricket, blew hot and cold during the second T20I against visiting Bangladesh at Rajkot on Thursday, leaving fans once again asking the wicketkeeper's profligacy. But he remains in the thick of things as India continue to build a team for next year's T20 World Cup in Australia.

But former Sri Lanka captain Kumar Sangakkara believes Pant needs to improve his wicket-keeping skills and understand the weakness when it comes to his batting as India prepare for next year's World T20.

"If you are looking at the World Cup it's important for him (Pant) to understand what his role is in terms of helping his captain with the right information," Sangakkara said speaking at the Nerolac Cricket Live show on Star Sports.

"However, at the same time as a wicketkeeper, it's important to be neat and tidy behind the stumps which will give him confidence and put him in a better position to help his captain in calling for reviews," he added.

Ever since Pant replaced M.S. Dhoni in the limited-overs circuit, he has been criticised by many, be it for his batting, wicket-keeping skills or be his role when it comes to reviews.

In the first T20I of the ongoing series against Bangladesh, the 21-year-old was criticised for his slow batting and poor decision-making when it came to helping skipper Rohit Sharma regarding the DRS calls.

In the second T20I as well, the Delhi lad once again came with a below-par performance with the gloves. On one of the occasions in the match which India won by eight wickets, Pant collected the ball in front of the stumps and thereby let go of an easy stumping opportunity, thereby inviting further criticism.

According to the former Sri Lanka wicketkeeper, what Pant needs to do is to keep things simple and not take any pressure.

"It's also important for someone to talk to him on his batting and keep him off the pressure and let him be free with his game," he added.

Former Australia cricketer Adam Gilchrist has also advised Pant not to emulate Dhoni but to work on improving his own game and being the best version of himself.

"I'm not big on comparisons, like I have said before. I think Indians fans shouldn't be trying to compare him to Dhoni. Dhoni has set such a high benchmark. One day someone might match it but it is probably unlikely," Gilchrist said.

"Rishabh looks like a very talented young player. Just don't put too much pressure on him too early and expect that he's going to produce Dhoni-like performances every day.