Mohammed Shami, who took two wickets in Bangladesh's first innings, returned unbeaten on 10 off five balls as India declared on 347/9, and the score proved more than enough for India 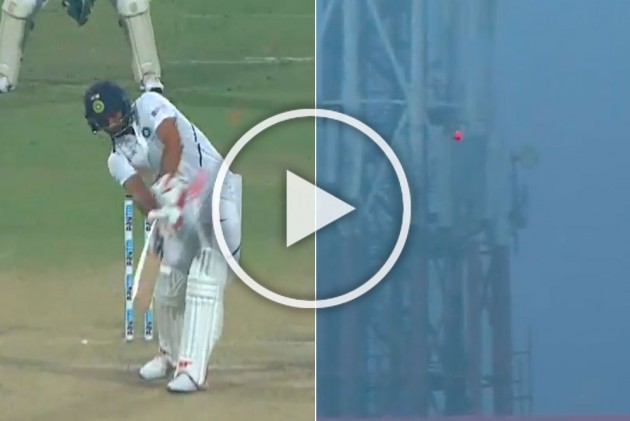 On Day 2 of the match, as India lost quick wickets, Shami was required in the centre, and hit one of the two sixes in their lone innings. After hitting the third legal delivery he faced for a four, Shami launched the next ball that came his way for the maximum with a minimum of effort, over long-on.

Shami, who took two wickets in Bangladesh's first innings, returned unbeaten on 10 off five balls as India declared on 347/9. And the score proved more than enough for India.

Bangladesh batsmen once again failed to trouble the scorers, scoring only 195 runs in the second innings. They had managed 106 in the first essay.

India won the match by an innings and 46 runs. Skipper Virat Kohli scored his 27th Test hundred while pacers Ishant Sharma and Umesh Yadav registered match figures of 9/78 and 8/82 respectively, which included a five-wicket haul each.

This was India's fourth successive innings win, a world record.