Virat Kohli hit a fifty on Day 1 of the Day-Night Test between India and Bangladesh at Eden Gardens and in the process, the skipper reached yet another milestone 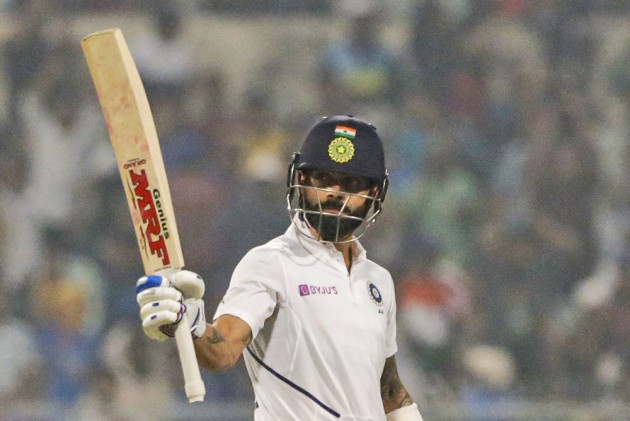 The skipper reached the landmark when he took a single off Taijul Islam in the 27th over of India's first innings. In the process, he broke former Aussie legend Ricky Ponting's record to become the fastest captain to do so.

He is the sixth captain after Clive Llyod, Allan Border, Ricky Ponting, Stephen Fleming and Graeme Smith to achieve the milestone.