Defending a lowly total of 177, defending champions India needed quick wickets. But it all was Bangladesh for the first eight overs with openers Parvez Hossain Emon and Tanzid Hasan keeping their calm, playing sensibly. Then Ravi Bishnoi arrived 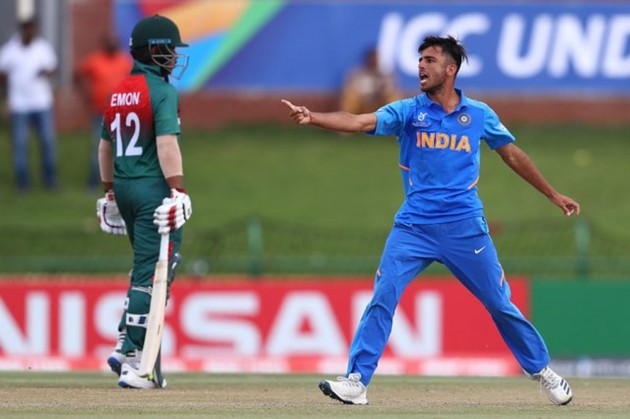 Defending a lowly total of 177, defending champions India needed quick wickets. But it was Bangladesh for the first eight overs with openers Parvez Hossain Emon and Tanzid Hasan keeping their calm, playing sensibly.

The leg-break googly bowler struck in his first over, removing Tanzid Hasan, off the fifth ball. He then bowled Mahmudul Hasan Joy, trapped Towhid Hridoy and had Shahadat Hossain stumped.

He has become the highest wicket-taker in the tournament. He took 2 against Sri Lanka, four against Japan, another four against New Zealand in the league stage.

The 19-year-old from Jodhpur took one and two wickets against Australia and Pakistan in the knock-outs before the big final.