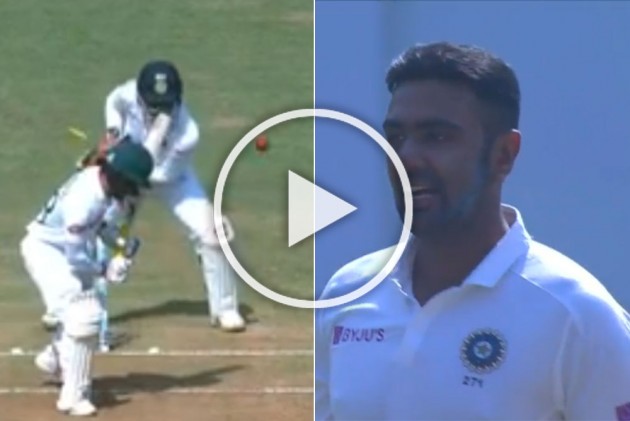 India's spin spearhead Ravichandran Ashwin dented Bangladesh's revival on Day 1 of the first Test with a twin strike at Indore on Thursday.

Bangladesh, opting to bat first, lost both the openers inside the seventh over with Umesh Yadav and Ishant Sharma getting the wickets of Imrul Kayes and Shadman Islam respectively. Then, Mohammed Shami removed Mohammad Mithun to leave the visitors reeling at 31/3 in 18 overs.

Then, skipper Mominul Haque and Mushfiqur Rahim steadied the Bangladesh innings. But Ashwin broke the 68-run stand with a magical delivery.

The Indian spinner bowled Haque with a magical delivery off the first ball of the 38th over. Bangladesh skipper shouldered his arms to leave the ball, but the delivery, instead of taking a turn kept straight to clip the off-stump. With that Haque's 80-ball vigil came to an end. He made 37.

That wicket opened the floodgates as Shami removed Rahim (43 off 105) and Mehidy Hasan (0 off 1) in successive deliveries.

Earlier, Haque won the toss and opted to bat in the opening Test of the two-match series at the Holkar Cricket Stadium.Teams