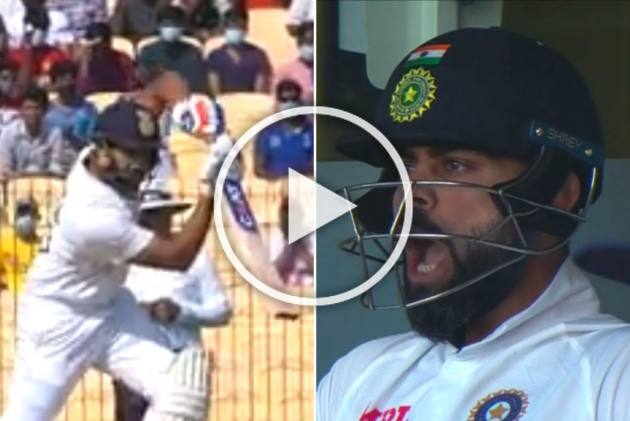 Needing a win the keep their chances of making the ICC World Test Championship final, India batted first against England in the second match in Chennai, starting Saturday.

But the hosts soon lost opener Shubman Gill, trapped in front by Olly Stone, in the second over. But that didn't dampen the spirit in Chennai as fans were allowed in the stadiums for the first time after the coronavirus lockdown.

Rohit Sharma then showed his class by playing some delectable shots, including this one, to the satisfaction of skipper Virat Kohli and the Chepauk crowd. Sound on!

Rohit reached his 12th Test fifty with a four off the fifth ball in the 15th over, sweeping Jack Leach delivery past mid-wicket. He took 47 balls to reach the mini-landmark.

Both the teams made a host of changes in their respective playing XIs. India handed Test cap to left-arm spin bowling all-rounder Axar Patel.

Senior pacer Jasprit Bumrah has been rested with in-form Mohammed Siraj back in the playing XI along with left-arm wrist-spinner Kuldeep Yadav, who replaces Washington Sundar to play his first game in two years.