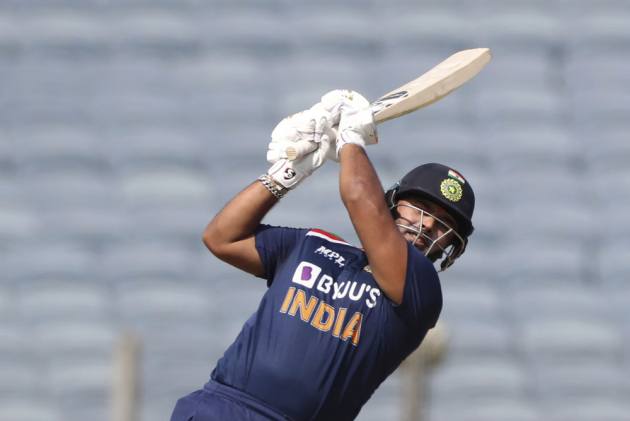 World's two top-ranked ODI teams, India and England, on Sunday created a new record for hitting the most number of sixes in a three-match series.

With the series at stake, England captain Jos Buttler put India into bat after winning for the third time in the series at Maharashtra Cricket Association Stadium, Pune.

Then, India got off to a confident start with openers Rohit Sharma and Rohit Sharma putting up a 103-run stand for the first wicket inside the 15th over. But it took some time for sixes to come on what many believed to be the best batting surface of the series.

The previous high for sixes in an ODI match was 57 maximums by New Zealand and Sri Lanka during a three-match series in 2019.

In reply to India's 329 all out, England were three down at 68/3 (10.3) with star all-rounder Ben Stokes becoming the latest wicket to fall, to Thangarashu Natarajan. Stokes too hit a six during his 39-ball 35.

India won the first ODI by 66 runs while England took the second match by six wickets at the same venue. The series features some of the cleanest hitters in world cricket.