IND Vs ENG, 3rd Test: India And England Ready To Shine Under The Lights In Ahmedabad

India will be wary of facing a returning James Anderson, but Ishant Sharma will also be hoping to do damage with the pink ball 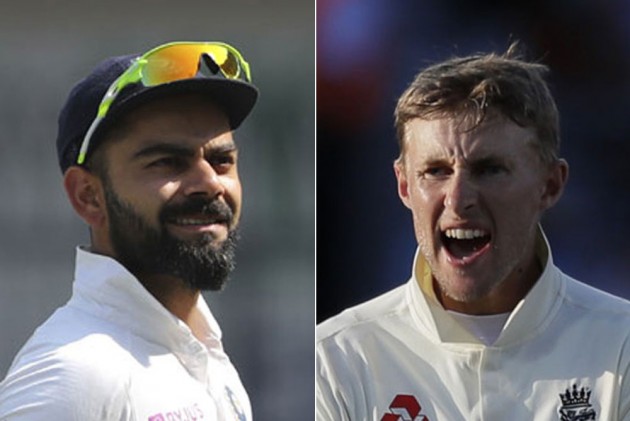 A gripping series is perfectly poised ahead of a mouthwatering day-night Test between India and England at the spectacular Motera Stadium.

Although the capacity will be halved due to coronavirus restrictions amid the pandemic, there will still be up to 55,000 allowed into the biggest cricket venue in the world for the third Test in Ahmedabad.

Ravichandran Ashwin was the star of the show on his home ground in Chennai as India levelled the series at 1-1, the all-rounder taking match figures of 8-96 and scoring a sublime second-innings century on a pitch that turned sharply from day one.

The seamers will be hoping playing under floodlights with a pink ball will give them more of a chance to make an impact when the third Test starts on Wednesday, though spin will still be expected to play a major part in proceedings.

India paceman Ishant Sharma is poised to make his 100th appearance in the longest format, while Ashwin is closing in on 400 Test scalps.

James Anderson and Jofra Archer are set to return to the England side, with Chris Woakes pushing for a place along with Jonny Bairstow and Mark Wood - the latter two are back in the squad after being given a break following the tour of Sri Lanka.

Captain Joe Root gave nothing away when asked about selection on the eve of the match.

Who doesn't love the crowd

We are happy to have the support of #TeamIndia ðÂÂ®ðÂÂ³ fans and it shall be no different at Motera @imVkohli #INDvENG @paytm pic.twitter.com/6m1TJPPmZu

Century up for Ishant, Ashwin closing in on 400

Ishant is set to become only the 11th player for India to reach 100 Tests, having already marked this series with a milestone after taking his 300th wicket in the longest format.

The pace bowler has taken 76 Test scalps at an average of just 19.3 since 2018 and could thrive in the conditions.

Ashwin, the hero of the second Test, is just six wickets short of the 400 landmark - a feat only Anil Kumble, Kapil Dev and Harbhajan Singh have achieved for India.

The off-spinner has taken 17 wickets in the series at 17.82 apiece with a strike rate of 40.4. Jack Leach is the second-highest wicket-taker with 12.

Anderson ready to shine under the lights

After playing a big hand in England's victory in the first Test in Chennai, Anderson was understandably frustrated to be omitted for the second match at the same venue.

The seamer said he understands the tourists' rotation policy in such a demanding year, though, and is raring to go with the pink ball.

England's leading Test wicket-taker has claimed 14 scalps at an average of 17.85 in three day-night Tests and should pose a massive threat to the India batsmen.

He said: "All the seam bowlers want really is a bit of carry, which we haven't really had throughout the series. We're keeping our fingers crossed there's a bit more in it for the seamers."

- India were bowled out for only 36 in their last day-night Test against Australia in Adelaide in December. England also endured a pink-ball nightmare when they were skittled out for just 58 by New Zealand in March 2018.

- India have managed one win and a defeat in their two day-night Tests. England have been beaten in two of the three day-night contests they have played in the longest format.

- This will be the third Test encounter between India and England at Motera Stadium. India have won once there, with Cheteshwar Pujara making a Test-best 206 not out in November 2012. The other meeting ended in a draw.

- Only Niroshan Dickwella (seven in 19 games) has claimed more Test stumpings than Ben Foakes since November 2018 (five). The England wicketkeeper has only played six Tests in that time.

- Rory Burns has been dismissed by Ashwin in three of his four innings in the series, scoring just 33 runs.