Axar Patel, Ishant Sharma and Mohammed Siraj became subjects of endless memes on social media after they left Washington Sundar in the lurch 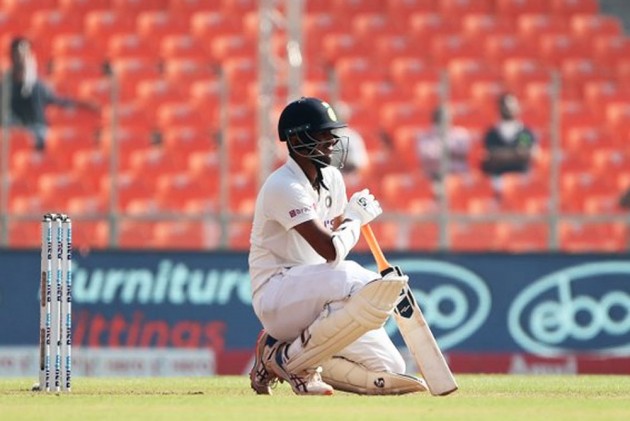 Washington Sundar played a brilliant knock against England in the fourth and final Test as India inched closer to a massive win at the Narendra Modi Stadium, Ahmedabad. But the young all-rounder was left stranded on 96 not out, thus missing out on a well-deserved maiden Test hundred, once again.

Sundar, who stitched a century stand with Rishabh Pant of Day 2 to revive India's fortunes, was in yet another stand with Axar Patel and look well set to get reach his first century. But as it turned out, India lost three wickets at the same score as Sundar watch Patel (run out), Ishant Sharma (LBW, by Ben Stokes) and Mohammed Siraj (bowled, Stokes) walk back one by one.

Moments later, the 'trio' became subjects of endless memes. Former India batsman Wasim Jaffer used a picture from the film '3 Idiots' and wrote, "Axar, Ishant and Siraj next time they meet Washington's father at a function. But seriously this 96* is no less than a hundred, very well played."

Axar, Ishant and Siraj next time they meet Washington's father at a functionðÂÂÂÂÂÂÂÂÂ
But seriously this 96* is no less than a hundred, very well played @Sundarwashi5 ðÂÂÂÂÂÂÂÂÂðÂÂÂÂÂÂÂÂÂ #INDvENG pic.twitter.com/V6qRXBbwfl

Another former India batsman, Virender Sehwag used TV serial 'Ramayana' in reference and wrote, "Missed out on a well deserved century but did not miss out in demonstrating his class. Meanwhile Sundar to the last two Indian batsmen."

Missed out on a well deserved century but did not miss out in demonstrating his class @Sundarwashi5 .

In the series opener against England in Chennai too, Sundar ran out of partners as returned undefeated n 85 off 138 balls in the first innings. India eventually lost the match by 227 runs.