The India vs England T20I series, comprising five matches, starts on Friday with the final fixture slated to be played on March 20 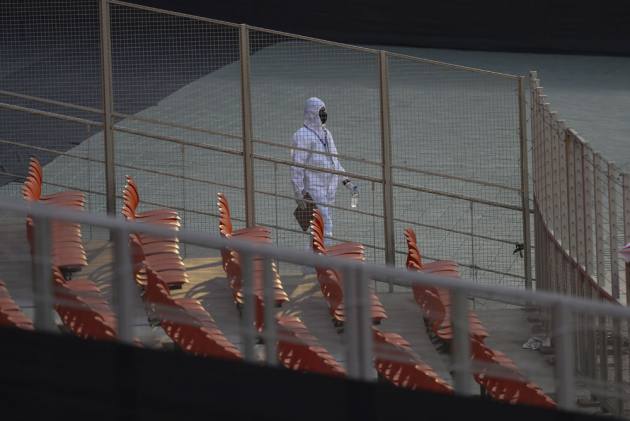 The Gujarat Cricket Association (GCA) has decided to allow 50 per cent spectators during the India-England T20 International series at the Narendra Modi Stadium in Ahmedabad owing to the COVID-19 pandemic.

The series, comprising five matches, is starting on Friday with the final fixture slated to be played on March 20.

"We are going to use only 50% seating capacity at the Narendra Modi Stadium for all the T20 International matches to be played here due to COVID-19 pandemic," Gujarat Cricket Association (GCA) vice-president Dhanraj Nathwani said in a media release.

Nathwani said that all COVID-19 guidelines are being followed, adding that special task force committees have been formed to ensure the safety of the fans.

"The entire stadium has been sanitized considering safety of the spectators. All COVID-19 guidelines are being strictly adhered to and special task force committees have been set up to ensure that all required safety measures are implemented and followed," he added.

Apart from the first Test against England, which was played behind closed doors in Chennai, the other three matches of the series were played with up to 50 per cent crowds allowed inside the stadiums.

After the T20Is, the two teams will engage in a three-match ODI series in Pune, starting March 23.