IND Vs ENG: Congratulations India For Beating England 'B', Says Kevin Pietersen Lashing Out At ECB 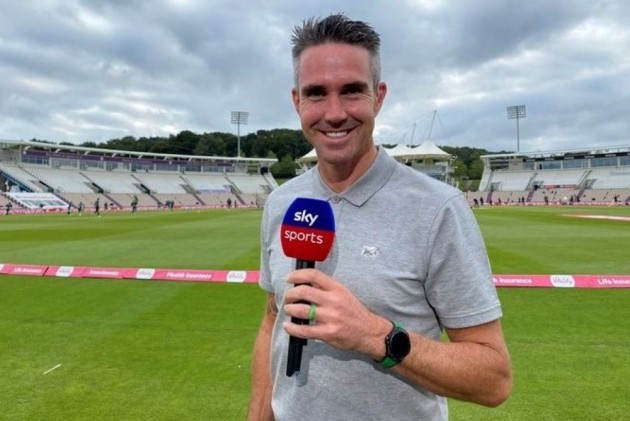 Former England captain Kevin Pietersen on Tuesday teased the Indian team for comprehensively beating what he called "England B" in the second Test in his brief but cheeky congratulatory message. Highlights | Scorecard | News

India roared back into the four-match series with a crushing 317-run victory in little over three days to restore parity after the reverse in the opener.

After that, the former star batsman again lashed out at the England & Wales Cricket Board (ECB) for the strange move to continue its rotation policy even for such a massive series against one of the world's toughest teams its backyard.

"You don't pick your best team in the hardest place to WIN a Test match, you actually cannot even show emotion to it," Pietersen wrote.

He also expressed his surprise at the England team management's decision to send back experienced spin bowling all-rounder Moeen Ali after the second match, in which he picked up eight wickets (four in each innings).

"We played in 2005 on terrestrial TV and BEAT Aus (Australia). It changed the game of cricket in this country. Cricket goes back to terrestrial TV for this HUGE series and England don't pick their best team for it.

Having lost the first Test by 227 runs, India inflicted on the visitors, an embarrassing defeat in the second match to not just come back into the series in style but also put themselves in contention for a place in the inaugural World Test Champion final against New Zealand at Lord's in June.

As part of the rotation policy introduced by ECB to keep all their players in peak physical condition in the year of the T20 World Cup, England rested veteran pacer James Anderson for the second Test, despite losing Jofra Archer to elbow injury just before the game.

India were done in by Anderson's reverse swing on the fifth day of the first Test.

Among other big players, England also sent back Jos Buttler after the win in the series opener while resting off-spinner Dom Bess for the second game.