IND Vs ENG: England Guilty Of Thinking Too Far Ahead, Have Gone Wrong With Rotation Policy, Says Ian Bell 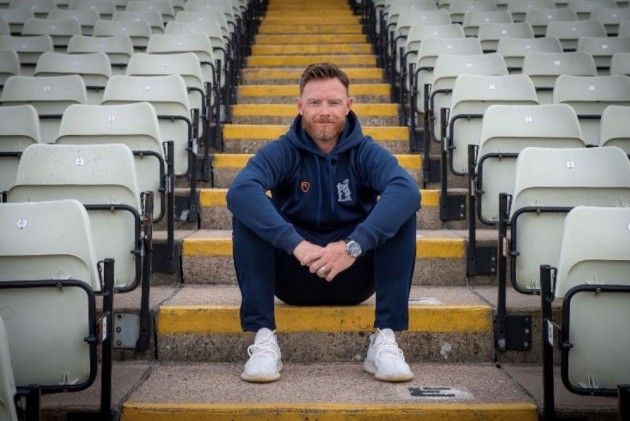 Former batsman Ian Bell has slammed England's much-debated rotation policy, saying they were guilty of thinking too far ahead and have gone  wrong with the constant chopping and changing in a "big" Test series like India. Highlights | Scorecard | Gallery | News

England fell to an embarrassing 10-wicket defeat in the third Test against India to go down 1-2 in the four-match series, while also getting knocked out of contention from the ICC World Test Championship (WTC) final in June.

"I think England have been guilty of thinking too far ahead of having a squad for the Ashes when actually this is bigger than the Ashes, this is probably as big as the Ashes," Bell told 'ESPNcricinfo'.

"Why are we rotating in the biggest Test series you are playing in? For me that's where England have gone a bit wrong," he added.

The 38-year-old, who featured in 118 Tests for England, feels for the English players for whom the tours to India and Australia can make or break careers.

"These tours, certainly for Englishmen coming to India or going to Australia are the pinnacle. They make your careers, you look back and if you win in those conditions they are remembered for a long long time," Bell said.

"For me, India are going to come to England in the summer. If they are 2-0 or 1-0 up will they rotate? I know for a fact that when India come in the summer they won't be rotating their best bowlers or their best players or leave somebody out. They want to win."

Bell feels sticking to winning combinations is important while competing with the best teams in the world. He said form is subject to playing.

"In international cricket you have to be so careful between the balance of looking after your players and doing bubbles but don't look too far ahead.

"International cricket changes all the time, form comes in and out as you play. When you re playing well don't lose it or change it, winning combinations are so important to keep against the best teams in the world."

While there was a lot of discussion around the the spin-friendly Motera pitch that saw tweakers dominate the proceedings in the third Test, Bell feels it was the rotation policy that made life difficult for England, who played just one spinner in Jack Leech.
"I've got a lot of sympathy for England on these pitches, but I can't help but feel we're not making it easy for ourselves by chopping and changing every Test," Bell reiterated.

Former England captain Geoffrey Boycott felt Joe Root and his men were outplayed by the hosts in the day-night Test and there was nothing wrong with the pitch.

"There is nothing in the rules that says what type of pitch should be prepared. We had first choice of the surface and they were better than us. Simple," Boycott tweeted.